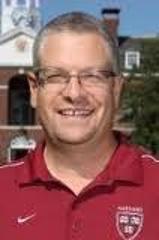 Erik has spent more than 20 seasons in the collegiate coaching ranks, most recently as the Head Coach of the Harvard Men's and Women's teams.

Farrar has registered a longstanding record of success as a head coach, including his years as the head coach of the men's and women's programs at Brown.

Farrar oversaw Brown's men's program from 1994-98 and amassed an 87-46 record. He helped the Bears to three national top-20 finishes in his five years and led the Bears to third-place finishes at the CWPA Eastern Championships in 1994, 1996, and 1997.

Farrar is a 1985 graduate of Brown and was a four-year member of the Bears' water polo program.