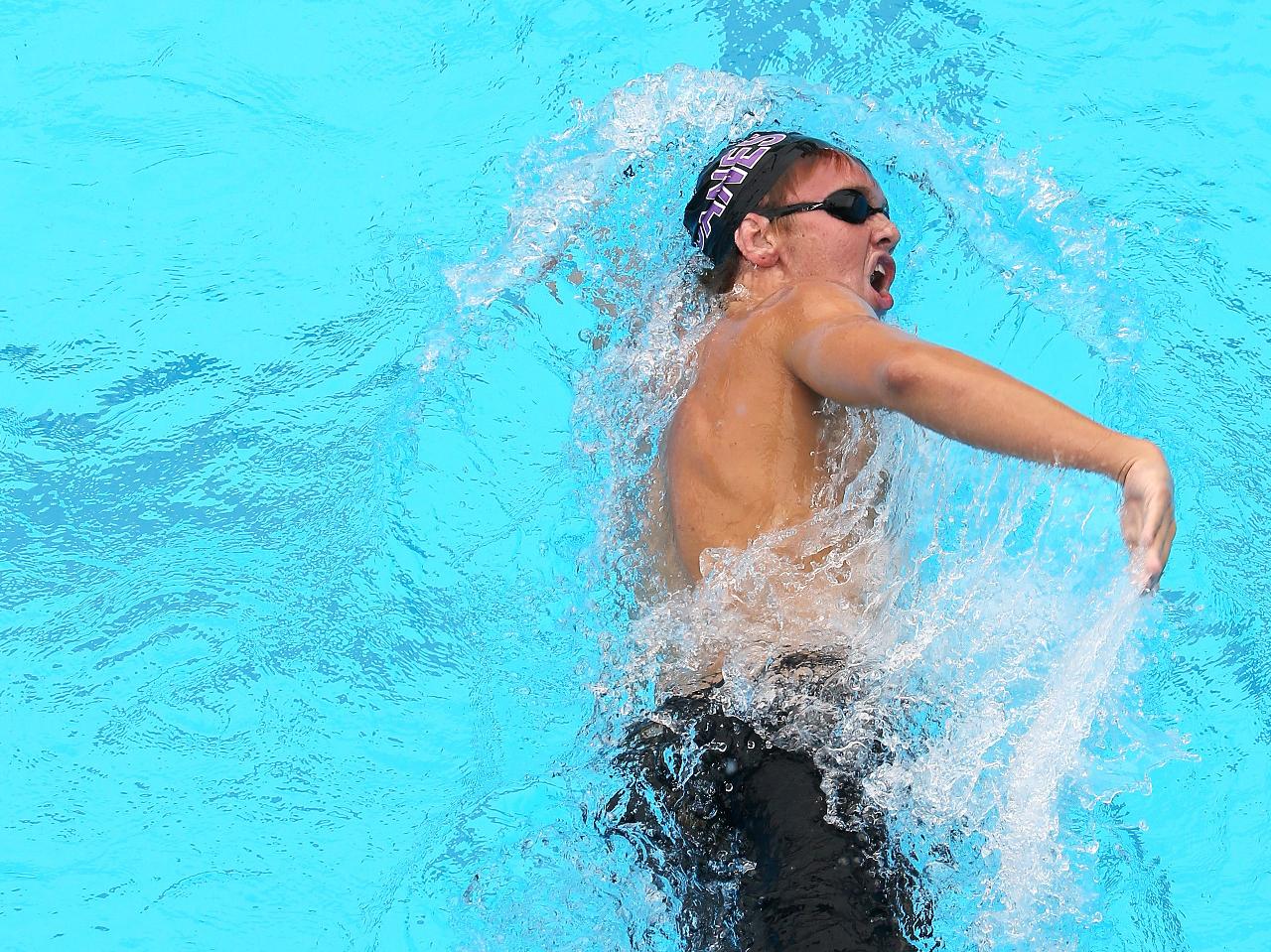 
After losing six of the last seven city titles to Buchholz, the Gainesville High girls swimming team knew it would have to do more than just touch the wall first Saturday morning to break the Bobcats' run.

Despite winning half as many events as Buchholz at Westside Pool, the Hurricanes were able to use their depth to unseat the two-time defending champions, 526-491, and sweep the Rob Ramirez City Swimming & Diving Meet with a comfortable, 180-point win by their boys team.

“It's quite the rivalry, and I can't say enough about the girls,” said Ramirez, who is in his 27th year as Gainesville's coach. “We knew coming into this meet that we would have to place four girls in the top eight in as many events as we could, and we did that.”

The Hurricanes saw two individual swimmers earn city titles, including Monona Martin, who won the 200 individual medley, and Courtney Bryant, winner of the 100 backstroke in an area-best 1:01.80. Both Martin and Bryant also helped GHS claim the 200-medley relay.

Buchholz, meanwhile, took home six total titles, led by senior Rachel McKivigan, who was one of two swimmers in the meet to win multiple events. Along with her individual victories in the 200 freestyle and 100 butterfly, McKivigan ran the fourth leg in both of the Bobcats' wins in the 200 and 400 freestyle relay.

Other city champions include fourth-place P.K. Yonge's Abby Austin, who won the 100 breaststroke in 1:10.69, and fifth-place Oak Hall's Lindsey Trematerra, who also posted a top area time of 53.60 in the 100 freestyle. Third-place Eastside swept the top-two results in the 1-meter dive behind Alicia Frazer's 454.00 and Naomi Peng's 414.88.

Christie Bassett also earned top points for Buchholz with her area-best 24.72 time in the 50 freestyle, while teammate Tierney Shimansky added a 500-freestyle win.

“We just don't have the depth this year,” Buchholz coach Steven Bostick said. “We fought hard, and we were really 40-point underdogs coming into the meet. We've had some injuries, and it's just been one of those years.”

Winners of four straight city titles, the Gainesville boys team cruised to a 538-358 result over second-place Eastside behind four individual wins and victories in all three relays.

The Hurricanes swept the top-four places in races twice, including during Max Bungert's win in the 200 freestyle and Seth Borgert's top finish in the 500 freestyle.

Parker Basting also earned a city title for the Hurricanes with his victory in the 100 breaststroke.

Third-place P.K. Yonge found its lone win from Ailin McCollough, who claimed the 100 butterfly, while the runner-up Rams received a 50-freestyle win from Jeffery Wu and a pair of scorching times from Wesley Olmsted.

“It's an event he has been working on a lot that he didn't do in his first three seasons,” Eastside coach Jon Allen said. “It's something that he's worked really hard on, and I think he has a chance to win that event at the state meet if we choose to put him in it.”