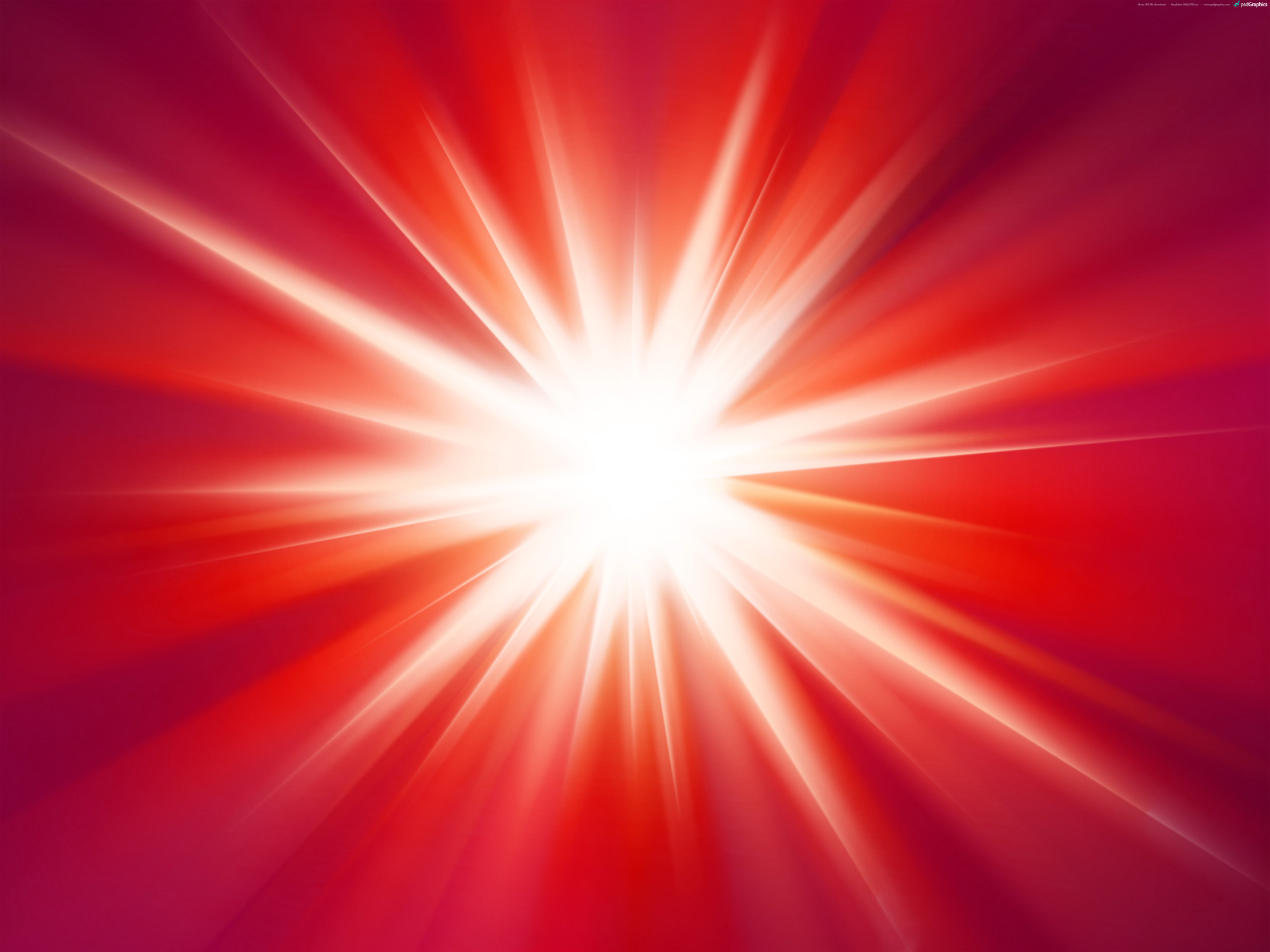 And I will say it again, and again, and again...stay away from "supplements"!! Last week "Craze" a popular supplement sold online, Wal Mart, GNC, etc. suspended sales after traces of amphetamine were found in the product. Here's another way to look at this stuff:

About 70 percent of the nation's supplement companies have run afoul of the U.S. Food and Drug Administration's manufacturing regulations over the past five years, according to a top agency official.

He said many companies don't even have basic recipes for the vitamins and other supplements they sell.

While most vitamins and supplements are not harmful -- and at least one vitamin brand was credited with an 8 percent reduction in cancer among men over 50 -- the industry is beset by repeated recalls, manufacturing problems and adverse reactions caused by tainted products, health experts and regulatory officials say. And there is little the FDA can do to improve the situation, Fabricant said, unless Congress legislates more regulatory authority for the agency.

Roughly half the U.S. population -- 150 million people -- consumes multivitamins, mineral tablets, weight-loss aids, herbal remedies, protein powders and a host of other products that fall under the vast rubric of dietary supplements.

Supplements, a $28 billion industry made up of about 450 U.S. companies, are deemed "food" by law and are not subject to the tough regulatory scrutiny of prescription drugs.

Mira Health Products in Farmingdale, which has had a clean FDA compliance record according to the agency, is under investigation because vitamins it manufactured were laced with anabolic steroids, FDA and state Health Department testing revealed.

The illegal compounds are sometimes used by bodybuilders to increase muscle mass.

Acting as a contract lab, Mira produced B vitamins, multimineral tablets and vitamin C supplements for another Long Island firm, Purity First Health Ltd. Purity, once located in Farmingdale, now is run out of an East Northport house.

Owner Candice Tripp said she hasn't had a problem in 23 years of selling vitamins. Mira's lawyer said the company is cooperating with authorities.

"We are answering the FDA's questions and responding to queries about manufacturing processes at the company," said lawyer Marc Ullman of Garden City.

The process, he noted, could take weeks.

Sixteen nationwide recalls and warnings have been issued in the past month and a half, including vitamins manufactured by Mira, which contained the risky steroids dimethazine, dimethyltestosterone and methasterone. More than 3,000 products were recalled nationwide last year.

Written product recipes at numerous supplement companies are nonexistent, Fabricant said, and many recipes -- known as master manufacturing records -- are apparently cobbled together when owners learn that government inspectors are on their way.

Worse, drums in which products are mixed are not always appropriately cleaned, Fabricant added, and in some firms these vessels are pitted -- damaged -- possibly from age and/or overuse.

Debris left from previous batches sometimes winds up in newly made products, he said.

Too often, dangerous drugs of all kinds -- from male sexual enhancement compounds to weight-loss medications -- are turning up in vitamins and other supplements nationwide.

A report in the Journal of the American Medical Association in April noted that potent drugs are sometimes purposely added to supplements to increase strength, usually weight loss remedies and sleep aids.

Sibutramine, for example, which is now banned, causes weight loss but also can lead to heart attack or stroke.

Consumers also are put at risk, Fabricant said, by raw products from foreign sources. Most of what he calls "the alphabet vitamins" -- A, B, C, D and E -- have provenance in China. The same is true of botanicals, Fabricant said, some of which are found to be tainted with pesticides.

"What we're finding is that people [manufacturers] are not testing their products," Fabricant said.

Whether Mira's situation involves tainted raw materials from abroad or drums that had been used to mix other products has yet to be determined. No one knows how the steroids found their way into Purity's vitamins.

The multitude of manufacturing lapses facing the industry, Fabricant and other experts say, constitutes a breach of the public trust.

Examples of that breach include:

A New Jersey family in 2011 receiving federal prison sentences and orders to pay fines totaling more than $1 million for the rodent infestation and filth at their protein powder enterprises. Rodent feces and urine were found in a product blending area and a rodent that had been chopped in half was found on a blender platform, according to an FDA report.

In April of this year, a Texas distributor of the weight loss supplements OxyElite Pro and Jack3D agreed to stop lacing their products with the stimulant dimethylamylamine -- DMAA. At least one U.S. death has been linked to the Jack3D supplement. The FDA first warned the distributor last year. Under federal pressure, the company destroyed its entire stock last month, worth about $8.5 million, according to the FDA.

Also this year, an analysis at the Kaiser Permanente Center for Health Research in Oregon found that several brands of vitamin D pills didn't contain the amount of active vitamin indicated on the label.

Consumers, meanwhile, continue to be sickened by their supplements.

Approximately 6,300 people nationwide complained about adverse reactions to dietary supplements between 2008 and 2012, according to FDA statistics. But the actual number may be more than eight times higher, some experts say, because most people don't believe health products can make them sick.

An estimated 51 percent of the FDA's recalls of dangerous products that can cause serious health problems or death involved tainted vitamins and other supplements, according to a report in an April edition of the Journal of the American Medical Association.

Twenty-nine confirmed sickenings have been linked to Purity's vitamins, 20 of which were diagnosed at North Shore University Hospital in Manhasset by Dr. Ken Spaeth, who was the first to link symptoms in the patients to anabolic steroids. The one common thread tying one patient to the others was having been treated by a Farmingdale chiropractor and the Purity vitamins that were recommended.

An additional 10 cases are under investigation.

Teresa Cantwell, 55, of Rockville Centre, said she and her 27-year-old daughter are still recovering after taking vitamins by Purity for nearly a year. Both lost hair and developed deeper voices, a direct consequence of anabolic steroid exposure, they were told by their doctors. Cantwell said her daughter's liver enzymes rose and her menstrual periods stopped.

"We were essentially poisoned," Cantwell said, adding that a four-month vitamin supply for just herself cost her more than $500.

Cantwell said her chiropractor, Terence Dulin of Farmingdale, recommended that she buy the vitamins from Tripp and take them "morning, noon and night" to achieve a robust state of health.

She said she had hoped to lower her moderately high cholesterol level without having to take medication. Instead, it rose above 300, a side effect of the steroids in the vitamins, she said she was told by her doctors.

Tripp told Newsday the government is trying to run small vitamin makers out of business.

She said that if people are sick on Long Island, it's because of exposure to pesticides washed to the surface by superstorm Sandy.

Dulin has not returned Newsday's email inquiry. His phone has been out of order for nearly a month.

The FDA began inspecting how vitamins and other dietary supplements are manufactured only in 2008. And there is little the FDA can do to exercise more power over supplement safety without an act of Congress, Fabricant said.

U.S. Senate lawmakers reintroduced a measure this month to grant the agency more power. The bill was initially introduced in 2011.

Cara Welch, senior vice president of scientific and regulatory affairs for the Natural Products Association, a trade group in Washington, D.C., noted "the industry is trying to comply with the FDA's GMP requirements," she said of good manufacturing practice rules.

"This is an industry with a relatively new regulatory framework," she said, referring to inspections.

Dr. Arthur Grollman, a professor at Stony Brook University School of Medicine -- and one of the nation's most vocal advocates for tightening regulations in the supplement industry -- said the 1994 Dietary Supplement Health and Education Act has hamstrung the FDA.

Authored in 1993 by Sen. Orrin Hatch (R-Utah) and strongly supported by the supplement industry, the law allows the industry to regulate itself. And much of the industry, Grollman noted, is in Utah.

"I am not saying to abolish DSHEA," Grollman said. "I am saying it should be amended."

More than 9,700 recalls of dietary supplements were requested by the FDA between 2008 and 2012. Slightly more than 6,000 adverse reactions were reported, which included minor problems, serious injuries and deaths. Here is a list of recent warnings, recalls and seizures:

July 19 Recall of Herbal Give Care LLC's weight loss and vitamin supplements. The products contain sibutramine, which is banned for heart attack risks, and two derivatives.

July 31 Recall of Purity First products expanded to include multi-mineral and vitamin C.

Aug. 3 Recall of weight loss supplement made by CTV Best Group because it contains sibutramine.

Aug. 5 Recall for for weight loss supplements made by Bethel Nutritional Consulting. The supplements contain sibutramine and phenolphthalein, which is a laxative and possible carcinogen.

Aug. 8 Recall of sleep aid made by Health and Beyond LLC. The supplement contains doxepin, a prescription sleep medication and chlorpromazine, a drug for psychotic disorders.