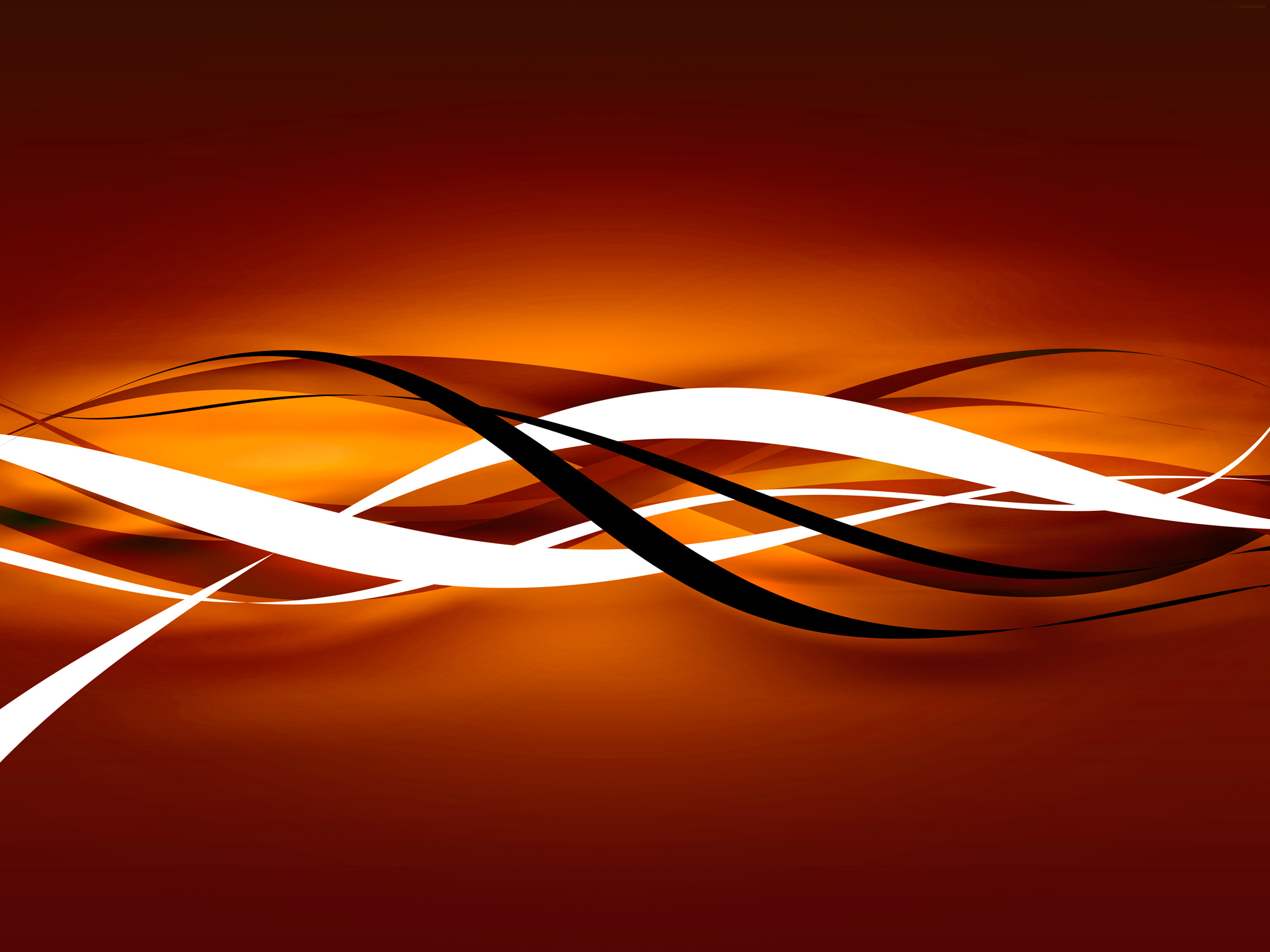 Every Monday I answer questions from swimmers around the country. If you have a question, please email me at swimmingstories@gmail.com.

Once in a while, I receive emails that make me mad. Comes with the freelance columnist territory. I’ve written 800+ swimming articles over the past 8 years; people send me complaints and criticisms, compliments and comments, and it’s no big deal.

The infuriating emails people send aren’t about subject matter or a particular column; the infuriating emails I receive are from kids talking about their parents. Since I began this advice column, I’ve gotten a few emails from young swimmers about overbearing, mean-spirited, too competitive, too involved, or just plain nasty “swim parents”. One 11-year-old girl told me her parents screamed at her for not winning her race, saying, “We didn’t drive four hours here to watch you lose.” Another parent, according to the kid, told her that if she wasn’t the next Missy Franklin, why even continue to swim?

This weekend I received another email that infuriated me:

Just a few minutes ago, my mom and I had a big argument because I wasn't able to win a medal for today's meet. I responded that it takes time, which she replied, "Waiting is wasting.” I said that swimming was probably my only chance because I'm not good in academics, can’t sing, dance or act either, which she replied, "How can you say it's your chance when you don't even excel at it." Now she's blaming swimming for my poor academics, and she's making me quit the team on Monday.

I've been swimming for two years and a half, and have been competing for a year and a half. I'm what you can call "average". Swimming has been always more than a sport to me. For two years I've been swimming, it has greatly helped me in social and emotional aspects. It has been in my routine to swim and let loose. Now I don't know what will happen.

Apparently, swimming was just a waste of time because I'm not best at it and it would never help me earn money for a later future. I don't get how people underestimate swimmers. Non-swimmers won't be able to relate, but it is not just winning medals, it is also persevering, and knowing the fact you worked hard for something, win or lose, you did your best. Begging would do no good to change her mind...

One of my biggest criticisms about our sport and the entire Olympic movement is how much emphasis it can sometimes place on Olympics, success, and winning – as though that’s the only thing to shoot for in the sport. There are over 400,000 registered USA Swimmers, and around 50 Olympic roster spots. Since only .0002 percent of competitive swimmers ever reach the Olympic roster, does that mean 99.9998% of swimmers leave the sport as failures? Does that mean there are 399,950 swimmers “wasting” their time?

Swimming, like virtually every other sport and extra-curricular activity, is about learning lessons. Lessons that mold you. Shape you. Turn you into a better adult and better human being. You learn hard work. Dedication. How to encourage yourself. How to encourage teammates. How to wake up at 6am to improve yourself and to live a healthy lifestyle.

We’ve all seen it: The disgruntled, red-faced parent in the stands screaming at his or her kid. It’s an ugly sight, one I’d like to video record and play back to the parent and say, “Do you see what you’re doing?” I try to give parents the benefit of the doubt that sometimes they don’t realize the ramifications of their words or actions…

But to force a kid to quit because he or she isn’t winning?

I’m straying a bit from my advice column -- which is geared for young swimmers -- to send a message to parents:

This message is not to the majority of you. The majority of you sit in the stands hour after hour and support your young swimmers no matter what, win or lose. You are there to cheer, to support, and to console. And that’s great. But there are still a few of you, like the parent mentioned in this article, who demand your young swimmers to win, as though that’s the entire point of the sport. And this message is to you:

Swimming is not about winning. I know that’s what it may appear to be like. There’s pressure to win. Pressure to secure victories, best times, gold medals, and stand atop podiums. But swimming is not about these things. Take it from someone who didn’t win a race in college until his very last dual meet.

Swimming is about much more than winning.

Sometimes when I was a swimmer, I’d get frustrated. I worked so hard in practice, and yet, I sometimes lost races, didn’t swim personal bests, or was just plain terrible. It happened more often than not. Sometimes in my swim career I’d hit a rut and wonder, “Why am I doing this sport? Shouldn’t I be out in the world with a job, making money?” I’d return to practice disgruntled and return with a bad attitude. I’d work hard and swim hard and then continue to lose, sometimes losing to people who didn’t train as hard as I did.

But in those losses, I learned something about myself: I learned more in defeat than I ever did in victory. I was never an Olympian, or a National Team member, or even swam at a senior nationals swim meet. I scored four points at the Big Ten Championships, and that was my small, singular claim to fame.

And I am proud of that. But I am also proud of the number of times I have lost.

Ultimately, I – like millions of other competitive swimmers in this sport -- never made the Olympics. But I firmly believe I enjoyed the process as much as (or perhaps more than) many swimmers who win Olympic gold. I finished this sport with passion in my heart, with a knowledge about how to work hard, and I ended as a captain of an NCAA swim team. I – like millions of others -- had ultimate lows in the sport. But I also learned that life is not about winning, gold medals, or setting records.

Life is about the choices you make when you hit those bottoms -- when you realize that perhaps you won’t be the next Michael Phelps – and then what you go do about it. Do you quit? Do you give up? Do you move on? Do you realize that you’re one of the 399,950 registered USA Swimmers who won’t make the 2016 Olympic roster and then just stop doing it?

Or do you keep going?

Around my sophomore year in college, I realized I would not make the Olympics. As silly as it sounds, that realization was a difficult pill to swallow. I think every athlete believes that a “sports miracle” could happen at any point, that next season, maybe, you could drop 10 seconds in a 200 freestyle and qualify for the Olympics. I believe every athlete dreams this. It’s a bitter pill to swallow when you realize you won’t accomplish this.

But around that time of realization, I began to ask myself, “How can I contribute in other ways besides winning?” How could I matter to my swim team in other ways besides scoring points and breaking records? My coach hinted that, with an improved attitude, maybe I could become a captain. I became addicted to that thought – be a captain, be a leader. Contribute to the team in ways that aren’t measured by times and points. And that’s what I set out to do.

Like many other people of my swim ability, I took an infinite amount of pleasure in finding my own ways to contribute to the team. But with the hindsight of 10 years, those lessons were so much more than just being a captain. The lessons I learned about keeping a good attitude in defeat and working hard and pursuing a  passion and finding ways to contribute to the world transitioned over to my personal and professional life.

Lessons I learned from losing.

Was I a loser in competitive swimming? Depends who you ask. If you ask the scoreboard, you bet I was a loser. So were a few hundred thousand other swimmers in America that year, all those hundreds of thousands and millions of other swimmers who didn’t win an Olympic gold medal. I lost all the time. Ten years later, I’m stronger for losing, I’m healthier for losing. I’m more content from losing. I’m proud to be a loser, because I know that I gave the sport everything I had.

To all the parents who may be like the parent described in the email above, who may force your kid to quit an activity simply because they aren’t winning: Relax. Leave it alone. If your kid enjoys something, enjoys doing something, enjoys doing an activity that involves hard work and living a healthy lifestyle, throw your hands to the heavens and thank the heavens and gods and stars above. There are far worse fates than your kid enjoying swimming.

And you know what? Believe it or not, when your kid finishes last and looks at the scoreboard and around the pool deck and goes home that night, he or she might actually learn something about themselves that you can’t teach or read in a book.

How to contribute to something bigger than themselves.

How to decide what they enjoy and what they don’t.

How to stand on their own two feet.

And – when they are knocked down, pushed around, stepped on, blocked, insulted, or down on the ground – they might learn the most valuable lesson of all:

How to get back up.