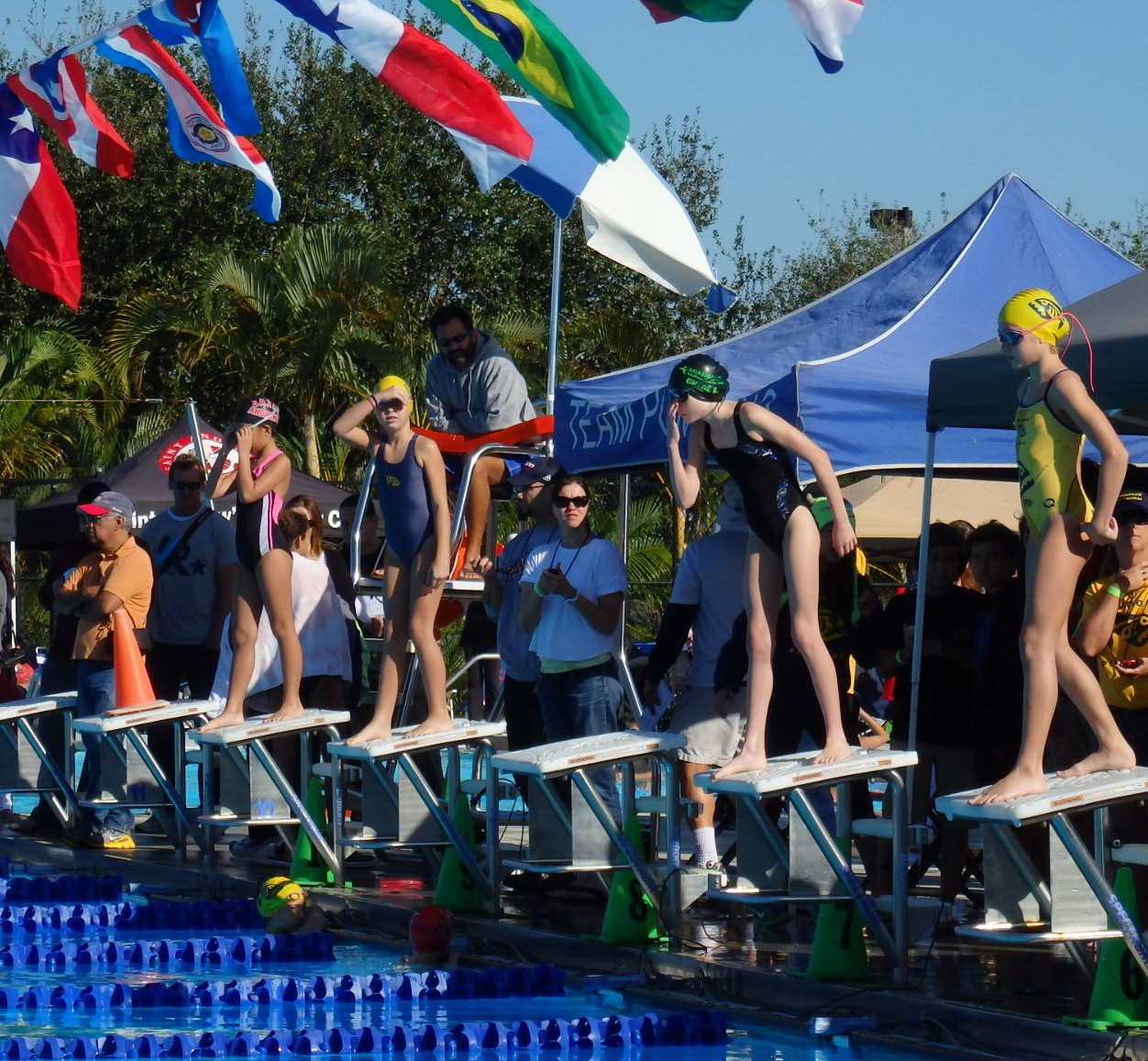 Junior lifeguard members of the Team Pompano organization have a reputation for outstanding performances at regional and national competitions.

The 2017 USLA (United States Lifeguard Association) Junior Nationals at Daytona Beach proved no different as Team Pompano came away with eight titles and collected a total of 43 medals.

The event attracted over 750 junior lifeguards from programs across the country, including Hawaii and California.

Pompano Beach Junior Lifeguard Coordinator Joe Taylor went up to Daytona with 27 members and just about every competitor came away with a medal. Taylor has been coaching the junior program for five years.

"It was an excellent performance by our junior guards," Taylor said. "They were competitive in every event and we placed at least top three in just about every event. All those hard practices and experience in dealing with the currents paid off.

Top performances were by Summer Schulte and Isabella Taylor in the A Division. Schulte, age 14 and from Pompano Beach, was already a multiple national champion before adding two more championships in the Run-Swim-Run and Distance Swim. She also earned three silver medals.

Taylor, who lives in Hollywood, became a national champion in the paddleboard and ironguard events and also secured three silver medals. The two friends pushed each other to peak efforts.

Marquez, a sophomore at Pompano Beach High School, was an unknown coming into this year's national event, but his years of training with the Pompano Piranhas and the Pompano Junior Lifeguard program paid off with a national title in the ironguard event. He also garnered two silver medals in swim relay and rescue relay.

"With the ironguard event, you have to be strong in every area of swimming, paddling and running, and it gives you an opportunity to show how much training you put in," Marquez said. "I'm not the best paddler, so I thought if I did well in the swim I would have a shot. I ended up doing really well in the paddle. I would have been happy with a top five, but to win is awesome."