What are smartphones doing to young people?

Lnk to the full 30 minute audio

The average age at which kids in the U.S. become smartphone owners is 10 years old.

​In 2015, the Pew Research Center found that 75 percent of American teenagers either owned or had access to a smartphone.

​Something that didn't even exist 11 years ago is now so essential to life in the modern world that few people — including kids — can imagine life without them.

But what has this technology done to young people's cranial hardware?

One addiction expert in the U.K. likened giving a child a smartphone to "giving them a gram of cocaine." 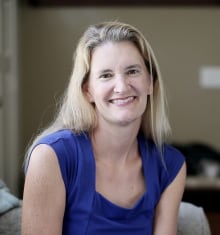 Twenge is the author of more than 130 scientific publications and six books. Her latest book is called iGen: Why Today's Super-Connected Kids Are Growing Up Less Rebellious, More Tolerant, Less Happy and Completely Unprepared for Adulthood.

"Teens are not as far along in their brain development in terms of self-control," she says. "It is a developmental stage when they're just so concerned with fitting in and social status and popularity, so the phone becomes even more attractive under those circumstances."