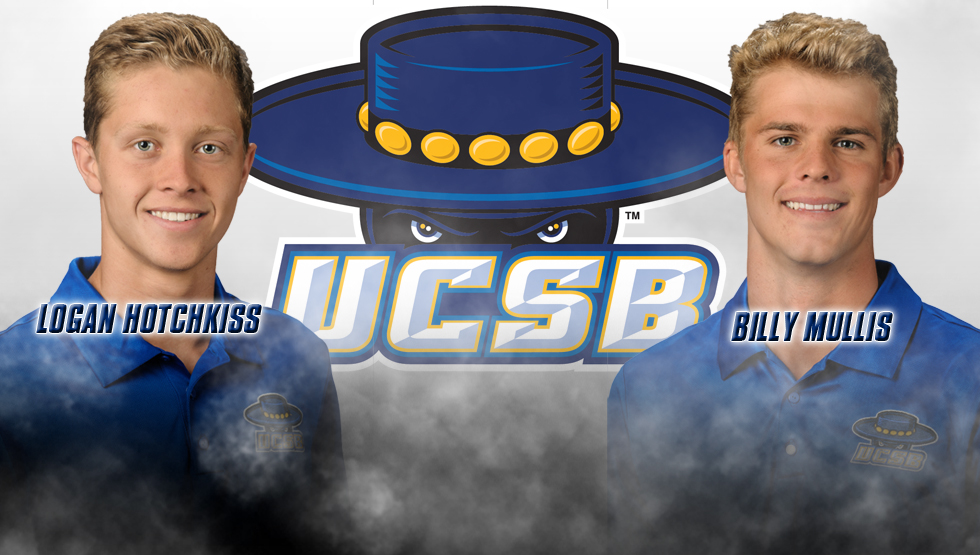 The Gaucho pair will be the first UCSB representatives at the NCAA Championships in four years, since Wade Allen and Andrea Ward qualified last in the 2013-14 season.

This season, Mullis and Hotchkiss led the Gaucho men to a second consecutive Mountain Pacific Sports Federation (MPSF) Championship while qualifying for three events apiece at next week's championships.

A total of 270 participants (235 swimmers and 35 divers) will compete in the championships. Swimmers qualified for the championships by meeting the established minimum time for the events in which they entered. Divers will be determined by performances achieved at the Zone Diving meets March 5-10. The complete lists of all swimmers (athletes by institution, official psych sheet, relays and alternates) competing in the championships is available at www.usaswimming.org/ncaa.