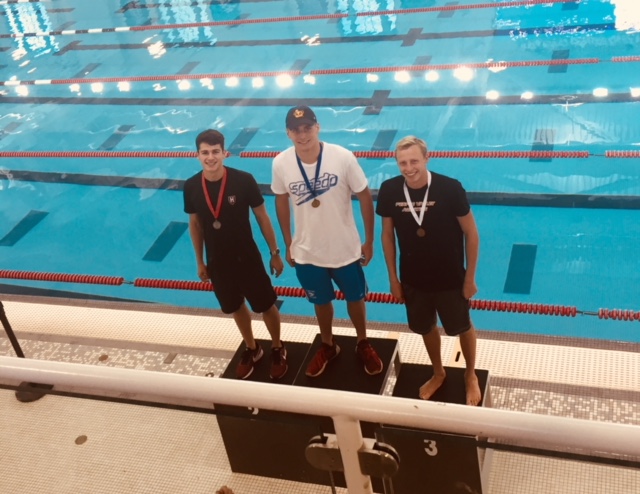 This summer the New England Senior Championship meet is being held at Brown University where Cole Kuster and Asa Stone have started off the weekend in style! The meet began on Thursday evening where Cole competed in the 1500 Meter Freestyle. In a truly exciting race, Cole chased down the competition one by one during his last 500 meters to finish 3rd with an amazing time drop of 10 seconds! Finishing with a time of 16:11.93 Cole truly set the tone for the weekend!

"It was extremely exciting to see Cole attack this event. He was racing some top recruits and athletes in the 1500. Watching him go a best time in the midst of tough training is truly amazing," stated Senior Coach Dave Dow.

Wrapping up day 2- Cole and Asa both checked off multiple best times Friday afternoon! Asa finished with an amazing race in her 100 Meter Backstroke besting her old time by 1.64 seconds. Cole raced his way to finals in the evening where he not only placed top 10 in the 200 Meter Freestyle, but beat an old time by over 2 seconds! Cole also went on to top a previous time in his 400 IM by over 6 seconds.

Congrats to both Cole and Asa! Good luck on day 4!