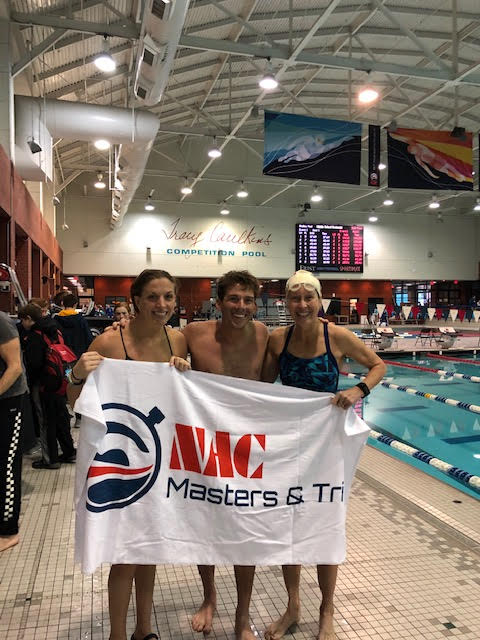 Tell us about your background in the pool, on the bike and getting on the road.

I started coaching somewhat by accident. I got my USA Triathlon coaching certification in 2000 with the intent to use that knowledge to better coach myself, but was immediately hired by the Leukemia & Lymphoma Society to coach their Team in Training Triathlon program. I eventually started my own coaching business called TriSuccess Multisport Coaching and was able to quit my "day job" as a chemical engineer. I worked mainly with adults who were trying to reach big goals like doing their first Ironman or qualifying for Kona.  I then helped start the Southeast Regional Junior Triathlon Team. I took over as head coach when the team was recognized by USAT as a High Performance Development team. We grew from about twenty athletes to more than sixty; we actually won the National Championships in 2013.  We had a lot of super talented athletes who went on to do amazing things; a few are currently in the Olympic pipeline for 2020 and 2024. I was fortunate to travel with those athletes all over the world for various events and camps through the Olympic Training Center in Colorado. I dissolved the team about two years ago when I started planning to retire, but I still do work for USAT when they need a junior coach to travel to a specific event.  I really enjoyed coaching for ‘draft-legal’ racing which feature the juniors; it is so intense and takes a lot of mental toughness.

What is some of the best advice you’ve received? What advice do you give?

"You don't learn anything by talking." i.e. ‘be a good listener’. I think I heard this in a management course.  Another favorite is "No Drill, No Pill. You'll fix it when you want to."  What this relates to is having a "learning mindset" versus a "fixed mindset" when training, trying to learn a new skill, or trying to change a bad habit. I heard this from Mike Doane, who was the head swim coach for USAT at the Olympic Training Center in Colorado Springs. He made the comment to one of my junior athletes who was trying to fix a stroke flaw. It made her so, so MAD, but it sure was effective.

Since I retired I've been trying not to give advice anymore!  But, I think, "just be nice" is always a winner.

How has life changed since you retired?

I can take a longer shower and stop at Starbucks after swim practice! It's nice to not have to hustle to get to work.

What are your goals?

When I raced triathlons my goal was to qualify for the ITU World Championships each year and then use that race as my "vacation" and opportunity to travel. People were not as into Ironman racing then, it was all about how fast you could go, not how far.  However, the more I coached, the less I raced because I didn't feel I could do both well at the same time, so I would only race after the junior race season was over. I focused more on running and did a couple marathons each year including Boston, which is my all time favorite race.  My streak of 15 Boston's ended in 2017 when I broke my leg at a trail race.

Now I'm more excited about "accomplishments" than races.  Last summer my friends and I biked the entire length of Natchez Trace Parkway and back—

about 900 miles total in a week.  We're looking for our next adventure now!


My goals are to stay as active as possible, ride my horse more, take a lot of trips in our little RV, and stay injury free to run the Berlin and Chicago marathons this fall.

I had to take most of last year off running to rehab an injury and that stunk! Since I have a "significant" age-group change this year  (ha, ha) I'm also trying to get back into some triathlons, but only for fun.

Tell us about your family/personal life? What do you like to do when you’re not running, biking or swimming?

I'm married to Rod McDonald who also swims at NAC.  I don't have any kids.  We have two corgi's Artie and Annabelle, along with one cat Callie and a horse Shameless.  When I'm not running, biking, or swimming you will find me at the farm where I board my horse in Franklin. It’s my second home.  Before, and even after, I got into triathlons, I showed horses all the time at Hunter/Jumper shows. I find horses so peaceful.

What do you like about swimming? Swimming at NAC? What gets you up in the morning.

I like swimming because it makes my body feel good.  Running tends to shorten muscles but swimming stretches you out. I like to say swimming undoes running - I love to swim on Mondays after a long run on Sunday.

I started swimming at NAC when I moved to Nashville in 1986, before they built Centennial Sportsplex. I feel NAC is the gold standard for swimming in this area because they have the BEST coaches ... hands down! Also, we only live 1.5 miles from the pool so I REALLY have no excuse for not showing up.

What gets me up in the morning is my husband.  I jump in the car as he's pulling out the driveway.  Plus Jeff's jokes are great and I appreciate Ashley's enthusiasm. There's really no better way to start the day, right?!

Tell us about one of your most life-changing experiences?

I've had a lot of great opportunities come my way and feel very fortunate for that. While it’s hard to pick a life-changing experience, I'll go with qualifying for the Hawaii Ironman in 1996.  It’s not because the race was life changing, but because the experience of preparing for the race introduced me to so many new and exceptional people. They’re now my best friends.  I qualified at the Memphis in May triathlon and had never done a race longer than Olympic distance, so I had a lot to learn.  I went from dabbling in triathlons to training seriously thanks to all the experienced local triathletes I met. Finishing that race gave me a good boost in self-esteem, which I needed at the time.

I also should mention racing the St. Croix Triathlon in 1998 because that is where I met my husband Rod!