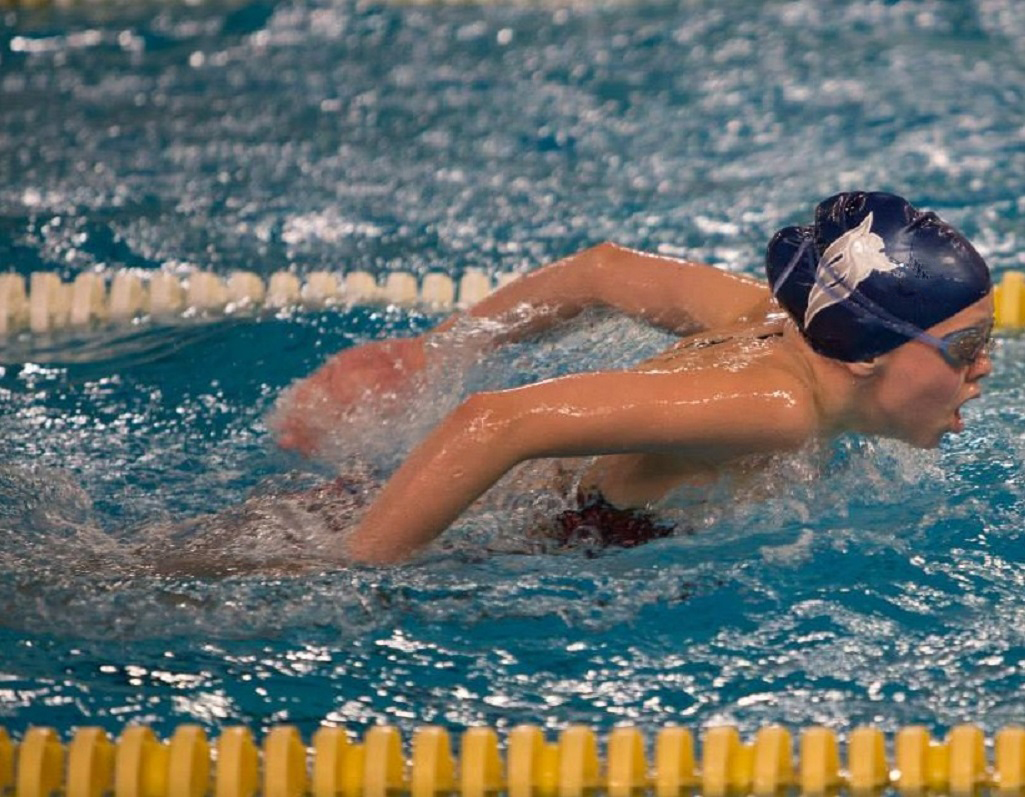 Returning Trojan athletes should register by September 2 to confirm your spot.  If you have any questions about your athlete’s training program for the 2019-2020 season, contact Head Coach Mark McGrann at mcgrann@htac.ca

We know that word of mouth is a great way to recruit new members to the Trojans, and this season we are introducing a Refer a Friend program.  For every new member you refer that registers with the Trojans (and swims to at least January 31, 2020) you will earn 1 volunteer point (value $50).  Potential new Trojans can attend our Assessment Days taking place on September 10 and 12 from 5:00 to 7:00pm at Dalplex. Spread the word!

The Halifax Trojan Aquatic Club is fortunate to have one of the largest, most highly experienced and educated coaching staffs in Canada.  Our coaches have a strong history in competitive swimming and hold a multitude of coaching certifications.  The entire Trojan coaching staff aspires to work as a professional team, striving to provide a positive learning and training environment for our athletes.  Our coaches supply a structured and progressive training system that is appropriate for each athlete’s age and ability, and that adheres to the Canadian Sport for Life’s Long-Term Athletes Development model.

Important skills such as teamwork, problem solving and visualization, as well as goal setting and process- orientated performance are emphasized in order to achieve common goals.

“The measure of intelligence is the ability to change.” – Albert Einstein

Mark’s belief is that competitive swimming provides a unique outlet for young, ambitious, energetic athletes to learn life lessons about health, hard work, body awareness, dedication, personal growth and, above all, how to deal honourably with both success and failure. Each day he enlivens athletes to support each other and participate fully in creating a positive team environment. Mark encourages swimmers to relish the opportunities that competitive swimming affords and to develop the resilience that will enhance both their swimming careers and their wider aspirations.

Coach Mark’s message to the athletes is "Be the best you can be.” He proclaims that winning involves more than the achievement of first place but rather the fulfillment of an enduring personal objective. Mark strives to create a positive, enthusiastic environment that attracts dynamic coaches, committed swimmers and engaged, proud parents.

Coach Bill Durrant has many years of coaching experience in Ontario and his swimmers have a rich tradition of excellence at all levels of competition. Bill is a native of Toronto and a NCCP Level III coach.

Since relocating to Nova Scotia, Coach Bill has continued his successful coaching with the Halifax Trojans where his swimmers have set Nova Scotia provincial records, been selected to the 2017 Canada Games and qualified for Eastern Canadian and Junior Canadian championships.

Coach Bill is beginning his fourth year with the Trojans and is the Lead Coach of Senior Blue.

We are very excited to welcome Coach Mat Bernier to our Team!  Mat is a former Trojan and Dalhousie University athlete who has been developing his coaching career for the past seven years.

During that time, Mat has achieved various coaching awards including Swim Nova Scotia’s Summer Swimming Assistant Coach of the Year and Head Coach of the year on two occasions.  Following his summer club coaching successes, Mat progressed to year-round competitive coaching in 2018 and this season takes on his new position with the Trojans

Coach Mat’s message to the swimmers and members of the Trojans is “I love swimming, and coaching is a great way for me to keep in the sport that was very rewarding to me, while also giving back to my community.  I look forward to this season with the Halifax Trojans Aquatic Club and getting to know the swimmers, families and staff.”

Mat studied Earth Sciences at Dalhousie University and aspires to transition into Sport Management and Psychology studies in the coming years.  When Mat isn’t on a pool deck, he enjoys photography, hiking and cooking,

Coach Mat’s coaching positions for the 2019-2020 season are that of Lead Coach for Junior Blue and Assistant Coach for the Youth Blue and White groups.

Coach Phillip Evans is the most recognizable and longest standing coach with Trojans.

With over 30 years experience in swimming, having held several Head Coach positions in British Columbia, England and Nova Scotia, Coach Phil has inspired and shared his love of swimming with hundreds of athletes - young and old.

Passionate, quick-witted and constantly on the lookout for new technological methods and equipment, Phil is always trying something new to help communicate race strategies, stroke development and the fundamentals of swim training to all Trojan swimmers.

Coach Phil’s coaching responsibilities for the 2019-2020 season are primarily that of Lead Coach for Youth Blue and Aspire groups.

Influenced by encouraging coaches that helped develop him as an athlete, Eben continued his involvement with sport and currently studies Kinesiology at Dalhousie University and is a member of Dalhousie Tigers Men’s Varsity Swim Team.  Eben aspires to expand his studies and education with his pursuit of further coaching qualifications.  His coaching philosophy is to engage with swimmers with the same encouraging attitude that was shown to him.

Coach Eben has just finished a very successful summer as Head Coach of Colby Sailfish and takes up the position as Lead Coach of Junior White for the 2019-2020 Season.

Coach Alexandra Vragovic is returning to the Halifax Trojan Aquatic Club pool deck for her second season.  Alex is about to embark on her fourth year in the Kinesiology program at Dalhousie University.

With 11 years of competitive swimming experience, both at the Club and Varsity level, and a current employee with Swim Ontario, Alex is very excited about her new role with the Trojans.  “I am looking forward to approaching the sport from a coaching role. I look forward to positively influencing my swimmers, the same way my coaches did for me.”  Alex has had various coaching positions in Ontario and with the Trojans.

Adrianna Pilgrim, a former Trojan, Coach and national-level athlete is looking forward to re-joining the Trojan family where she has had many amazing successes, memories and experiences.  “I have been a swimmer for most of my life and was part of the Trojan team for about eight years as a swimmer and as a coach.”

“My coaching experiences, time spent as an athlete, and education have encouraged me to focus on integrating sport with accessibility. In the past year, I have had the opportunity to help coach therapeutic horseback raiding with the Bengal Lancers in Halifax, and have also had the opportunity to assist in organizating the Swim to Survive program in the spring.  Both of these programs have made me realize the importance of sport in shaping childhood experiences with youth of all abilities.  This year as part of the HTAC team once again, I hope to promote accessibility, skill development, team building and overall enjoyment of the sport with the swimmers I will be working with.  I am looking forward to what this year will bring!”

Coach Adrianna is the Lead Coach for Trojan Skills and the Assistant Coach for the Youth groups for the 2019-2020 season.

The Halifax Trojans are delighted to welcome Amy Hartling, returning to the Dalplex pool deck as a Trojan coach.  Coach Amy is a former Trojan swimmer and current member of the Dal Tigers Women’s Varsity Team.

Amy developed her passion and love for swimming as a member of the Bridgewater Barracudas before transitioning to year-round competitive swimming.  While continuing to have success as a senior athlete, Amy returned to her Age Group club where she coached in both Assistant and Head Coach capacities.

Coach Amy studies Nursing at Dalhousie University and is excited for her new role with the Trojans.  Amy’s coaching roles will be as Assistant Coach with Trojan Skills and Aspire groups for the 2019-2020 season.

Coach Mariah Swinkels has been involved in swimming for the past 11 years – seven as a swimmer and four as a coach.  Coach Mariah started as a volunteer, then took the Level 1 coaching course.  She became the Assistant Coach with the Sackville Waves.  Mariah developed that position for two years before joining the Bedford Beavers Swim Team as an Assistant Coach, progressing to co-Head Coach for the 2019 summer season, where she was awarded Head Coach of the year.

Mariah says, “As a swimmer, my favourite events were the 100 free, 50 fly and 100 fly.  I have also always loved swimming IM events.  I am currently in my fourth year at Saint Mary’s University studying psychology and anthropology with the goal of becoming a social worker and continuing to work with youth.  I have always loved getting involved in the community and can’t wait to be a part of the Trojans!”

Coach Mariah will be Assistant Coach with the Aspire 1 and 2 groups.

The Trojans are excited to welcome Natasha Ashby to the coaching staff for the 2019-2020 Season.

Coach Natasha was the Assistant Coach of the Colby Sailfish Swim Team for the past three summers and is beginning her second year at Dalhousie University where she is majoring in Actuarial Science.

Natasha started swimming when she was eight years old.  “I swam for 10 years – seven with a summer club and three with the Dartmouth Crusaders.  My favourite stroke is freestyle and my favourite event was always the 400 free!  I’m also a lifeguard at Dalplex so when I’m not coaching, you’ll probably still see me on the deck!  I’m so excited to start working with the Trojans and to continue to progress as a coach.”

Coach Natasha will engage, interact and coach several groups during the 2019-2020 Season.