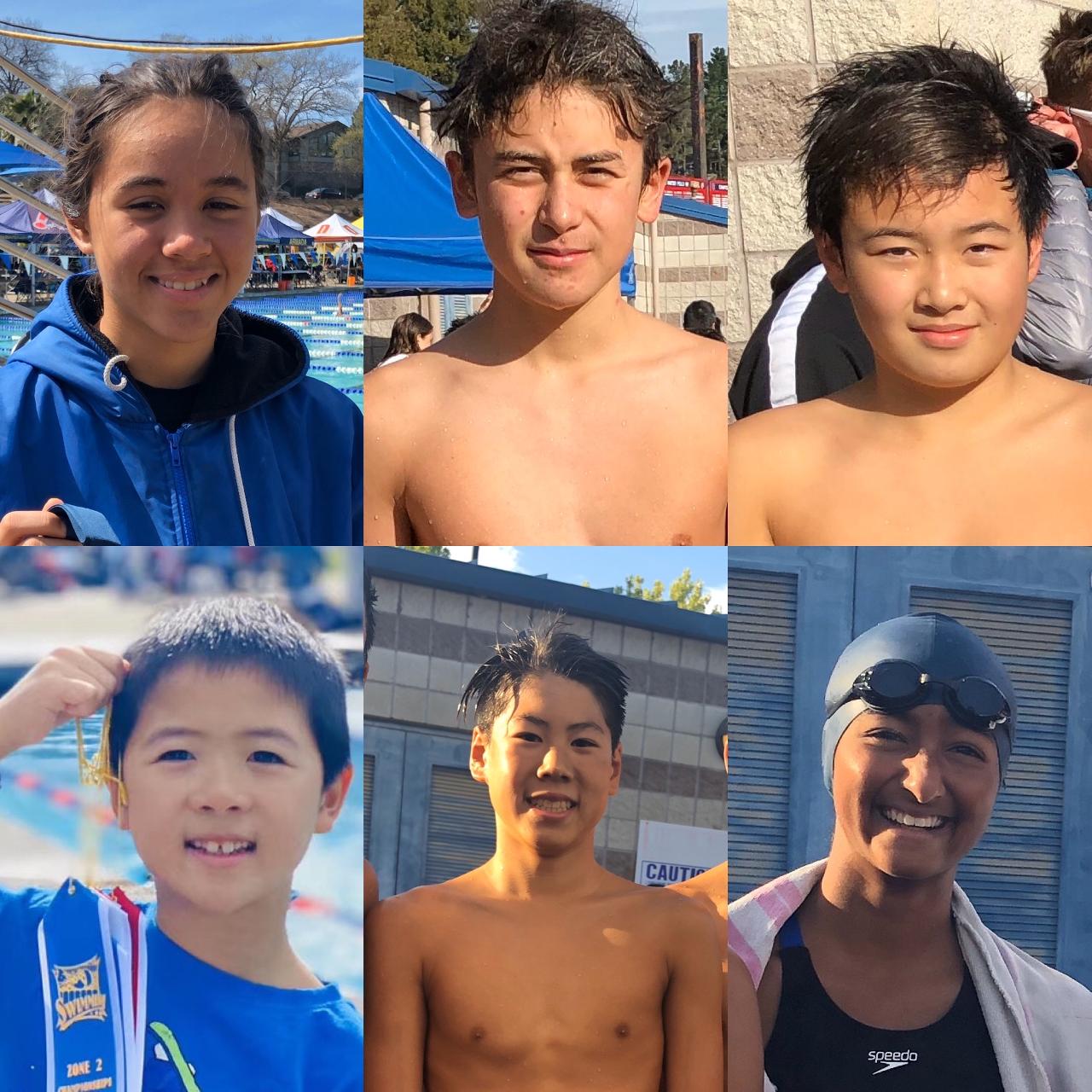 We had a relatively small number of entries this year. All age group swimmers did very well in the championship meet, and some of the senior swimmers went their season-best. However, the most exciting part of this meet was seeing 5 of CDST swimmers qualifying for the Zone 2 All-Star Team that will compete in the Pacific Swimming Zone All-Star meet. This year's championship meet is the most number of CDST swimmers that have been selected to the Zone-2 All-Star team. We have listed the following highlights from each age group.

Ethan Cheng  was the only 8 & Un swimmer from CDST in this meet. He got two first places, four second places and one third place in his events. His over-all score placed second in his age group. He will represent Zone 2 to race in the Pacific Swimming Zone All-Star meet in March.

Nafisa Aurangabadwala  was the first time to participate in this Championship meet. She went all the best times in her two events, 50 back and 50 breast.

We have two outstanding swimmers at Zone 2 Championships,  Justin Ely  and  Eric Meng ; both of them finished Top 8 in the 11-12 Boy over-all score. They also have been selected to Zone 2 All-Star Team.  Alex Wang  did very well on his first Zone 2 Championship appearance. On the girls' side,  Justine Overbeck-Chilcoat  dropped 3 seconds in her 200 Free, with the new best time, 2:24.38.

Medha Raghuraman, Angela D'Amelio,  and  Edward Huang  had meets back to back from last week. They hadn't got much rest from competition and practice; however, they still got some improvement in their non-primary events.  Edward  and  Medha  made the Zone 2 All-Star team for the first time.  Ella Gross  had the best time in 100 Backstroke with time 1:18.53. Akul Marwaha had good times on Freestyle events, both 50 and 100 free went the best time.

We have a total of four swimmers in this age group entered the meet,  Sidney Len ,  Emily Schwartz ,  Aleina Ruaboro , and  William He . Girls haven't had best times; however, they performed well on the race splits and stroke turns.  William He  made all best times in the 200 Free, 100 Back and 100 Fly.