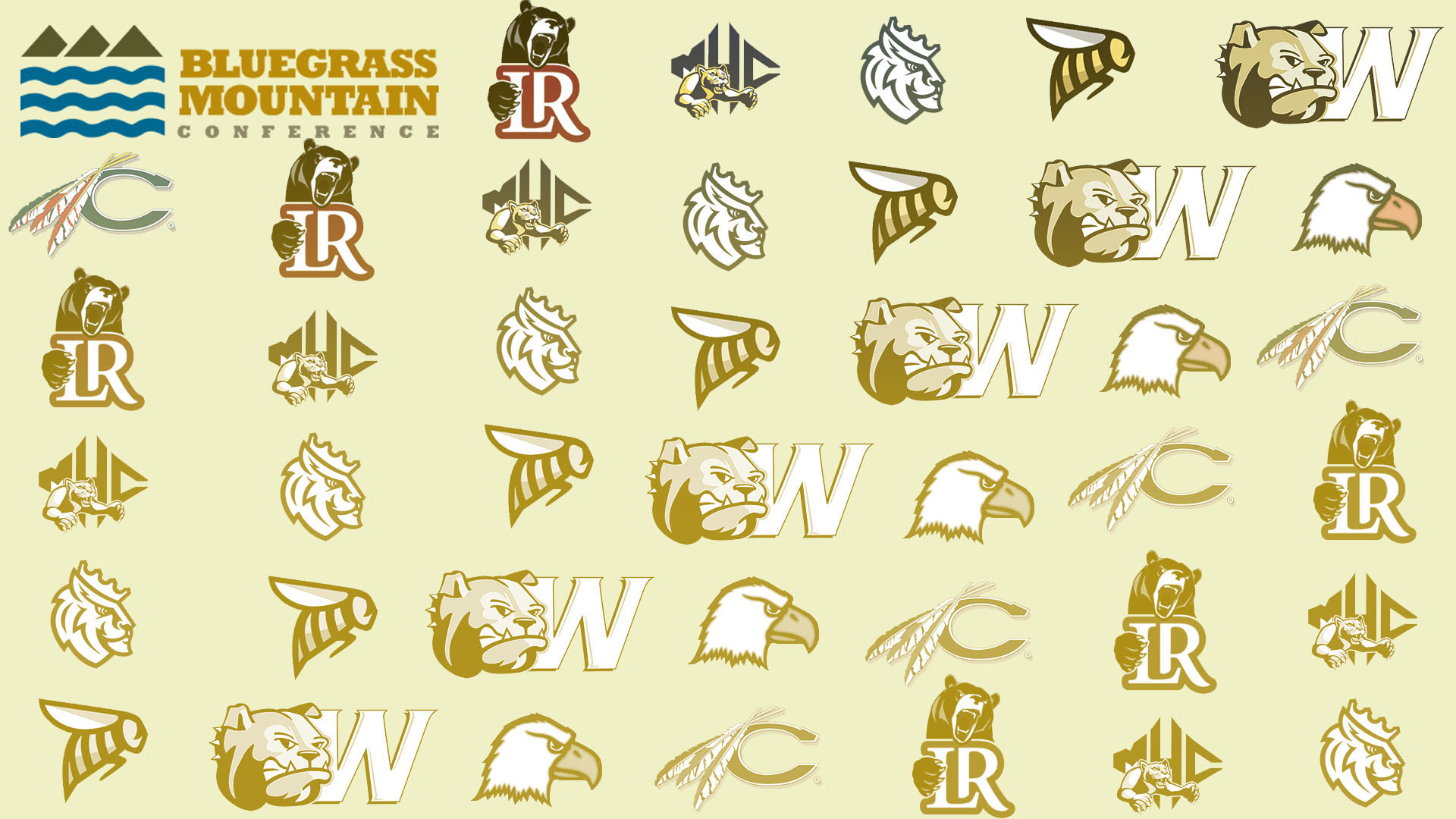 Both the men's and women's swimming teams from Queens University of Charlotte claimed their sixth straight Bluegrass Mountain Conference Championships on Sunday night from the Mecklenburg County Aquatic Center. The Royals won seven of 10 events on the final day of competition, bringing their combined total to 31 victories during the four-day meet.   The women totaled 1,081.5 points as a team, taking the top spot by more than 300 points over second place Wingate University. The men tallied 983.5 points, defeating second place Wingate by more than 200 total points.   "Both teams swam well against a very deep and fast conference," said Queens Associate Athletic Director for Strategic Planning and Leadership Development/ Director of Swimming Operations  Jeff Dugdale. "The meet was a good tune up for the NCAA Championships in four weeks."   Sunday night's final session began with Queens' junior  Francesca Bains (16:45.52) and senior  Sarah Reamy (16.51.15) taking the top two spots in the 1,650-Yard Freestyle race. Senior  Polina Lapshina (48.72) and junior  Lexie Baker (50.15) followed with a 1-2 finish in the 100-Yard Freestyle.   Queens also swept the top two finishes in the 200-Yard Backstroke as sophomore Bobbie Gichard (1:57.07) and junior  Rachel Massaro (1:58.17) were first and second, respectively. The final victory for the women's team came in the 400-Yard Freestyle as the foursome of  Allyson Accordino, Lapshina,  Danielle Melilli, and Baker reached the wall in 3:20.12, more than six seconds faster than the second-place team from Carson-Newman University.   On the men's side of competition, junior Henrik Faber opened the night with a time of 15:29.87 in the 1,650-Yard Freestyle to collect a distance win followed by a 1-2 finish from sophomore  Alex Kunert (43.80) and senior  Dmytro Sydorchenko (44.36) in the 100-Yard Freestyle.   The 400-Yard Freestyle Relay Team of  Skyler Cook-Weeks, Kunert, Sydorchenko, and  Bennett Maczka turned in a time of 2:56.20 to win the week's final race.   In a post-meet ceremony, Dugdale was named the 2020 Bluegrass Mountain Conference Women's Coach of the Year. It is the third straight year, and fifth time overall, that Dugdale has received the honor. Additionally, Lapshina was honored as the BMC Female Swimmer of the Meet and Kunert was recognized as the BMC Male Swimmer of the Meet.

Wingate Bulldogs Finish Second on Both Sides in BMC Championships

CNU Eagles Finish Third on Both Sides in BMC Championships

The team finished in third place overall on both sides. The men's team scored 626 points while the women posted 516.5. Queens and Wingate finished first and second, respectively.

The first event of the evening was the 1,650-yard freestyle which saw freshman  Rachel Peden (Boiling Springs, S.C.) take forth. It was a lifetime-best time of 17.13, just one second off a program record. The freshman took home an All-Conference award in the event.

"We're hopeful that she will sneak into NCAAs but we'll have to wait," Carson-Newman coach Jordan Taylor said. "It was an awesome swim for her."

"Both as freshman have been great additions to our program," Taylor said, "Our goal in recruiting was to get some good distance girls and these two have come in and done just that. For them to come into the conference finals and get onto the podium as freshman is really exciting."

Freshman  Manon Compagner (Balkbrug, Netherlands) finished third in the 100-yard freestyle with a lifetime-best time, the second-fastest in C-N history.

"She was in a race with seven other girls that were all from Queens," Taylor said. "I told her to not lose to a girl from Queens. She didn't quite do that but she held her own extremely well out there by herself and I'm proud of her performance."

In the men's version of the event, junior Chad Andoljsek (Slovenia) took fifth and freshman Raphael de Paiva was sixth, both All-Conference performances.

Sophomore Andrei Ungur (Romania) took first in the 200-yard backstroke, setting a school and conference record in the process but was disqualified from the racing for sinking below the 15-meter depth that stands as the maximum allowed upon entering the pool.

Sophomore Matt George (Manchester, England) finished second and was elevated to first upon the disqualification.

"I protested the call but the referees wouldn't budge," Taylor said. "He didn't believe he did it and neither did I. I told him that it's part of swimming and life, you're going to have ups and downs and sometimes things don't go your way. I told him we've got nationals in a few weeks where he can come away with a national title."

In the men's 200-yard breaststroke, senior Caleb Howell (Easley, S.C.) took first place, his second Conference Champion honor of the four-day event. Sophomore Joey Clemmer (Murfreesboro, Tenn.) finished fifth, also an All-Conference placement.
"Caleb's season has been great," Taylor said. "He kind of put some pressure on himself going into this meet to qualify for nationals and did extremely well and will qualify for nationals. Just the way he handled the pressure was impressive. He has had some ups and downs in his career but this weekend he handled that pressure very well. He was nervous before finals but he was able to go in and execute his races well and not let the situation get to him."

The relay event of the evening was the 400-yard freestyle relay. C-N finished second on both the men's and women's sides, worthy of All-Conference laurels.

SCAD Bees Finish Fourth on Both Sides in BMC Championships

LR Bears Finish Fifth on Both Sides in BMC Championships

On the last day of the Bluegrass Mountain Conference Championship,  William Cisco,  Jacob Greene,  Nathan McCormick, and  Kyle Rutherford all qualified for the 200 Back B-Final. Greene finished 2nd with a 1:51.28 time followed by Rutherford, McCormick and Cisco, who finished 6th through 8th. McRea for the fourth straight day qualified for a championship heat. On Sunday evening McRea finished third in the 200 Breast with a time of 2:01.28, getting him another all-conference slot. To finished the championship, The team of Mcrea,  Spencer Ashby,  Alex Ballard, and  Dillon Carey finished 4th in the 400 Free. The Bears finished 5th with 257 total points.

Mars Hill Finish Sixth on Both Sides in BMC Championships

Lorna Doorman and  Abbie Hinsley turned in top 10 performances in the 1,650 freestyle, placing ninth and 10th respectively.  Doorman recorded a time of 18:19.38 while Hinsley finished with a time of 19:44.45.

Doorman, Horton, along with  Elena Massa and  Katelyn Southard finished fifth in the 400 yard freestyle, turning in a time of 3:42.87 for 28 points.

The Lions ended the four-day event with 170 points.

Brendon Cyprianos, in the 200 yard backstroke, placed 11th overall, gaining six points for the Lions.  Cyprianos turned in a time of 1:51.86.

In the 200 yard breaststroke,  Matthew Goslin placed 11th overall to collect another six points for the Lions with a time of 2:08.99.   Dalton Davidson, in the same event, recorded a time of 2:37.68 for a 16th place finish and an additional point for the Lions.

The team of Cyprianos,  Erwin Ortiz,  Bruno Ferrari, and  Alex Bouhlel placed fifth in the 400 yard freestyle relay, earning 28 points for Mars Hill.  The quartet recorded a time of 3:12.27.

The Lions ended the four-day event with 159 points.