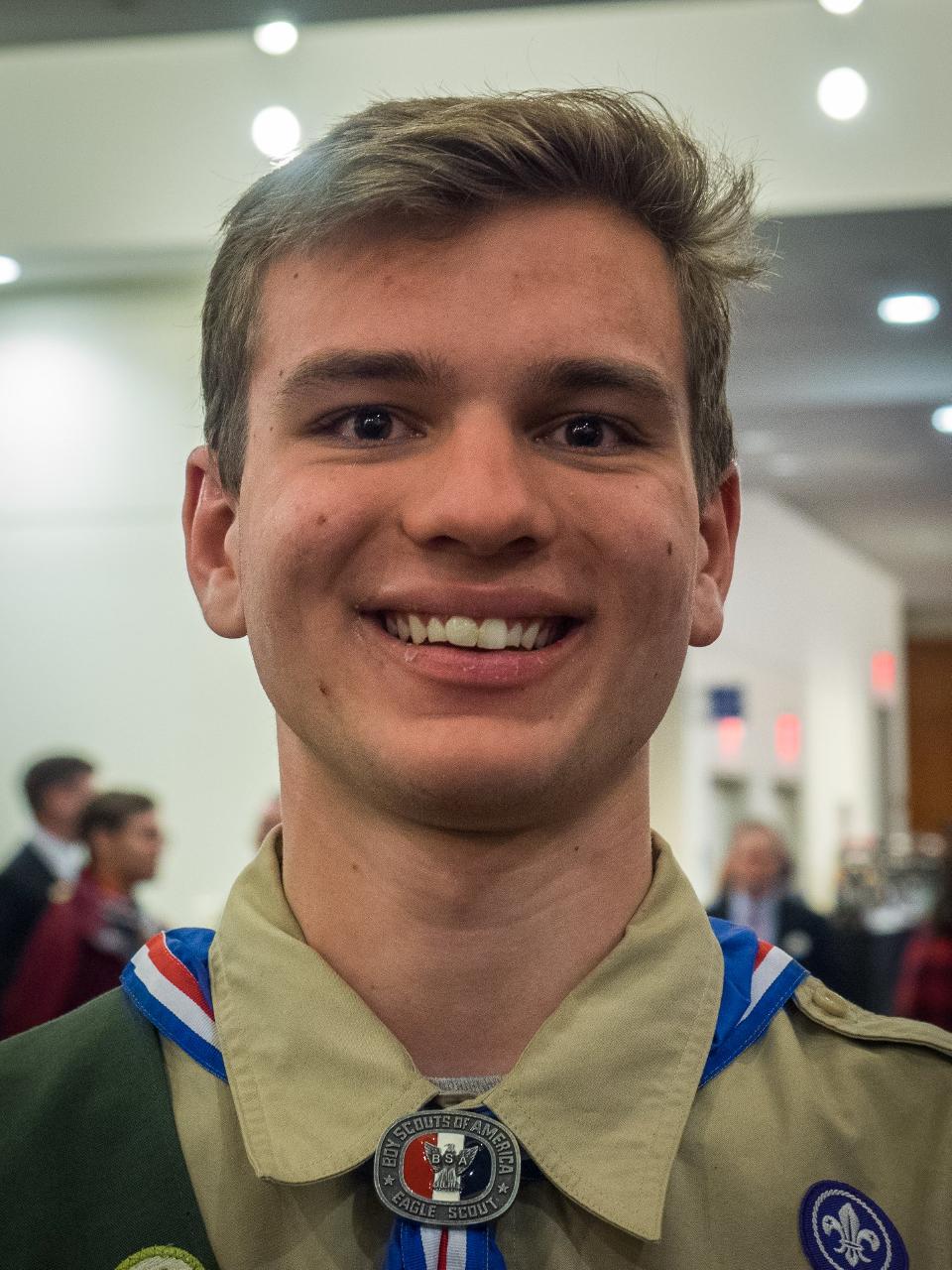 Former Atomic City Aquatic Club swimmer Jake Cheney was recently recognized by the Great Smoky Mountain Council of the Boy Scouts of America as the “Scout of the Year.” He was honored at a dinner held at the Knoxville Convention Center recognizing he and a few others for various accomplishments.

Jake swam for ACAC from 2011 to 2016.  Since then he has been very busy.  Jake ran Cross Country at Oak Ridge High School from 2016-2019.  He was named to the National Honor Society in 2019 and presently holds a 4.6 GPA. He is an active member of The First United Methodist Church in Oak Ridge, and received the Methodist Scouting Good Samaritan award this year.

Jake is a member of Troop 42 chartered to First Presbyterian Church in Oak Ridge, TN. Throughout his 12-year Scouting history, Jake has amassed many accomplishments.  These include his Arrow of Light, Brotherhood membership in the Order of the Arrow, and three terms as Senior Patrol Leader.

Jake received his Eagle rank in April 2017 and has since earned six Palms. He took part in Okpik at Northern Tier Base in 2015.  He also participated in a 12-day trek at Philmont in 2016, in the 2017 Climbing Program at Bechtel Summit High Adventure Base, and in the 2018 Sea Base Live Aboard Scuba. Jake was able to utilize his swimming skills in service as an aquatics staff member at Camp Buck Toms in 2018. He attended the 2019 Philbreak at Philmont, and is currently scheduled to attend the 2020 Philbreak this March.

Jake is yet another example of an ACAC swimmer who continues along a path of service, accomplishment, and broadening of personal horizons.  We at ACAC would like to congratulate Jake for doing great things, and we hope that he continues to give back to the community throughout his life.