SWMKE is pleased to announce "The SWMKE May Speakers Series" on Zoom. We have scheduled amazing guest speakers for the SWMKE May Online Classes. The presentations are recommended for both swimmers and parents and you do not want to miss any of them. All M1&2, K, & E swimmers have been committed. If you do not want to participate, you must decline no later than Wednesday, April 29th. PCSC swimmers can participate but must commit on their own by April 29th. Any questions, contact Bob.

Craig Beardsley was heavily favored to win the 200m butterfly as a member of the 1980 Olympic Team, only to be forced from competition when politics intervened, and the US boycotted Moscow's Summer Games.Between 1980 and 1983, Craig held both the World and the American Records in the 200m butterfly, and he won Gold at the Pan American Games in both 1979 and 1983. A nine-time US National Champion, Craig captured another Gold in the same event at the NCAA Championships while an All-American at the University of Florida.

PS - I first met Craig when I was a coach for the 1981 US National Swim Team that competed against the Soviet National Team in Kiev, Soviet Union. Craig was a member of the team and it was a thrill to take splits for him as he broke his own World Record in the 200 Fly at the meet. I know he will be a very entertaining, educational and motivational speaker.  Bob

At the 2014 U.S. nationals, Cody Miller won the 100 breast and claimed his first national title.

At the 2015 World Aquatics Championships in Kazan, Russia, Miller claimed his first gold medal as part of the U.S. team in the     4×100 meter medley relay. Swimming the breaststroke leg, Miller recorded a split of 59.23 seconds in the prelims to put the Americans at the top of the final field with a time of 3:31.06. 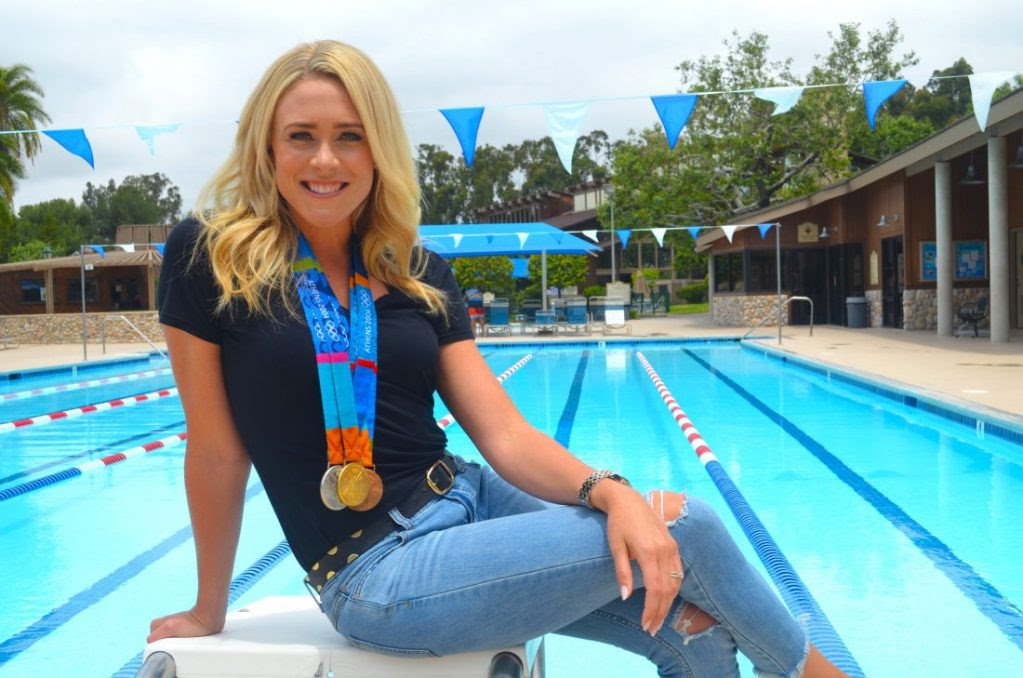 At the 2000 Summer Olympics in Sydney, Australia, Sandeno won the bronze medal in the 800-meter freestyle event, along with fourth place in the 400-meter individual medley and sixth place in the 200-meter butterfly. In 2003, while enrolled at the University of Southern California, she won the U.S. national championship in the 200-meter butterfly, and the 200- and 400-meter individual medley events.

She also is now the national spokesperson of the Jessie Rees Foundation, a motivational speaker, coach, sports commentator, emcee, and host for world-class sporting events. 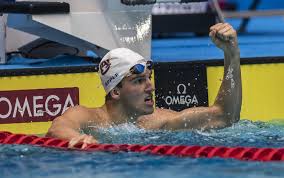 Zach burst onto the elite swimming scene in 2017. This is what SwimSwam had to  say about him when he did breakthrough to the World scene in 2017 - Apple shocked the world at the 2017U.S. Nationals / World Championship Trials, taking out a loaded prelims field including Olympic ChampionNathan Adrian and other big names like Caeleb Dressel and Ryan Held to enter the final seeded  first. He went on to book his spot at his first World Championships with a fourth place finish.

He's continued to improve and brought home two golds, a silver and bronze + a World Record at World Championships last year. He also had the fastest split of anyone in the field in the 400 FR at Worlds in 46.8. He swam for Indiana University and is an NCAA Champion. He also led off their 800 FR last year as a Senior and went 1:30.3.
More Olympians, World Record Holders & World Ranked swimmers to be announced as speakers. Stay Tuned!!