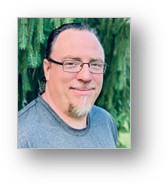 New Castle, Del. (June 12, 2020) – The Delaware Swim Team™ (DST) today announced that two time Olympic gold medalist Nelson Diebel (“DIE bell”) will join the team as head coach. Originally from Chicago, Diebel was a 7-time National Champion in the 100 and 200 meter breaststroke, an American record holder in the 100 meter breaststroke, and a world record holder as a member of the 400 medley relay at the 1992 Olympics.

“Nelson is a tremendous addition to the Delaware Swim Team,” said DST founder and original team coach Mike Ramone. “With his world class competitive standing, and his long record of coaching superior swimmers, we are thrilled that Nelson has joined us. We know our swimmers will gain so much, from not only his expertise in the water, but also from his understanding of swimmers as athletes who require a holistic coaching approach.”

Diebel shares the anticipation of working with a new swim team. “I can't explain how exciting it is to develop young athletes. It is a rare thing to find yourself in a position to do a job you love while surrounded by a dependable support team. When such an opportunity comes along, it's impossible to turn down. I’m looking forward to the challenge and satisfaction of once again developing young athletes to excel in and out of the pool.”

After his years as a student and swimmer at The Peddie School and Princeton University, Nelson organized and led swim clinics across the country for almost 20 years. He also spent many years as a coach for various swim teams, then moved over to the business side of the sport. Nelson managed Nike Swim’s team relationships, then moved on to become director of sports marketing for  Arena S.p.A., a German manufacturer of competitive swimwear.