UASC has its first college commitment among our high school (Golden Bear group) juniors, Class of 2022!

Riley Huddleston has committed to swim at Northwestern University beginning in the fall of  2022. 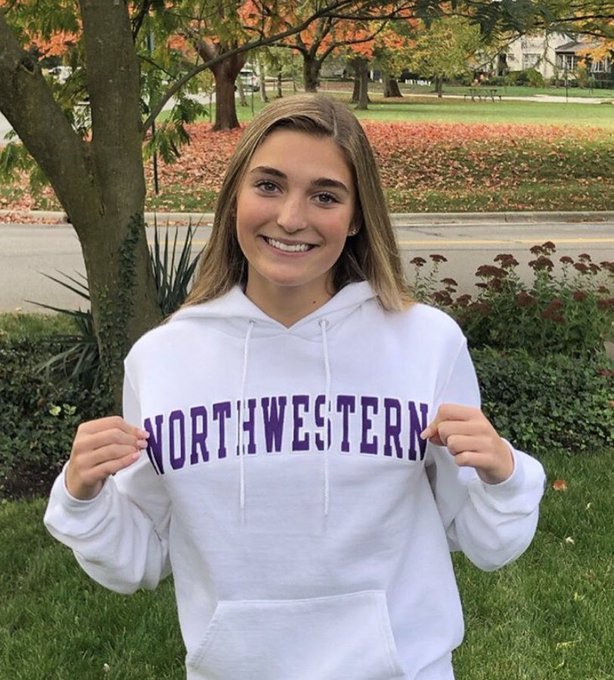 I’m super EXCITED to announce my verbal commitment to continue my athletic and academic career at Northwestern University! I am so thankful for everyone who has supported me along the way. GO ‘CATS!

A talented sprint freestyler and backstroker, Huddleston trains year-round with Upper Arlington Swim Club and is a Junior National and U.S. Open qualifier. She last competed at the MAKO Senior Circuit in February where she won three events and earned the gold medal in the 50 free and the 100 back at the Ned Reeb Invitational in December.

In summer 2019, she placed ninth in the 100m back and 10th in both the 50m free and 200m free at Geneva Futures. She then went on to race three events at Junior Nationals.

Her best times include (SCY/LCM):

Currently a junior at Upper Arlington High School, Huddleston is already a four-time Ohio State Championship finalist. She was the runner-up in the 50 free and raced to fourth place in the 100 back as a sophomore while taking fourth in the 100 free and sixth in the 50 free during her freshman season.

Huddleston will make a big impact both individually and on relays when she suits up for the Wildcats as a member of their Class of 2026. She would’ve been their fourth-fastest 50 freestyler and fifth-fastest 100 freestyler last season.

Congratulations to Riley and the entire Huddleston family!