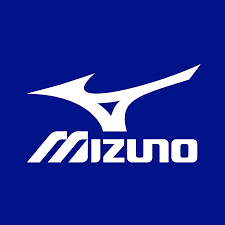 Gold Medal Swim Clubs are prestigious clubs in the sport of swimming, as they are recognized as part of the USA Swimming Club Excellence Program. With 3,100 USA Swimming Clubs across the country, only the top 20 swim clubs will earn a Gold Club ranking and those rated 21 through 100 are designated as Silver Club, along with the next 100 clubs designated a Bronze Club. These swim clubs execute well-rounded programs to produce elite athletes ages 18 and under.

The Mason Manta Rays, a Gold Medal Swim Club for the last three years, has produced some of the country’s top-level athletes consisting of 19 NCAA Division I commits for the class of 2020, 11 Olympic Trials qualifiers and multiple nationally ranked athletes. Not only have they had individual successes, the Mason Manta Rays have also continued to place in the top three as a team in the Junior National Swim Meets each competition year.

On the brink of the U.S. Open in November 2020, as well as the 18 and Under Winter Championships in December 2020, this partnership couldn’t have come at a better time for Mizuno USA and the Mason Manta Rays.

“Both Mizuno USA and the Mason Manta Rays are seeing major momentum from brand and team growth,” said Tim Rumer, Vice President of Team Sports at Mizuno USA. “Mizuno USA is continuing its significant development in the US market with top level tech suits and full team outfitting, while the Mason Manta Rays are launching a state-of-the-art facility with plans of continued success led by Head Coach, Ken Heis.”

Heis has been named the 2019 Coach of Excellence by the American Swim Coaches Association for his athlete development and excellence. Each year, this association also honors coaches who guide swimmers to a top eight finish at the USA Swimming National Championships. Heis lead three of his swimmers to place in this top eight at the 2019 Championships. Through his coaching, Heis has also developed several athletes who have signed with major NCAA Division I colleges, including Texas, Florida and Tennessee schools, all of which have are part of the top ten college swim programs in the country.

“Mizuno has always been known for innovation and excellence, both in its approach and for the quality of their products, so it’s no surprise Mizuno has already created the fastest racing suits in the world despite having just recently entered the market,” said Ken Heis, Head Coach for the Mason Manta Rays.  “As Mizuno starts a new chapter here in the United States, our team and city are anxiously preparing for our own new chapter at the new Mason Municipal Aquatic Center.  With our mission, commitment, and values aligned, we are excited to "Reach Beyond" and take the sport of swimming to new heights.”