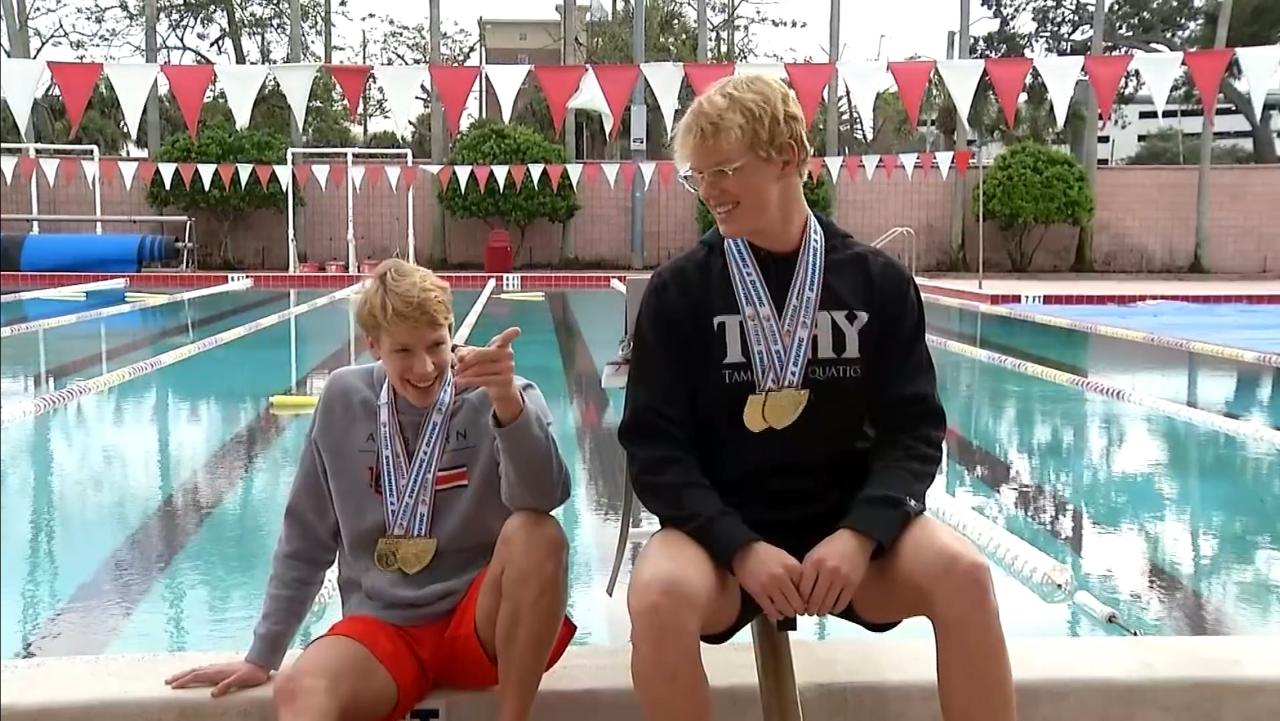 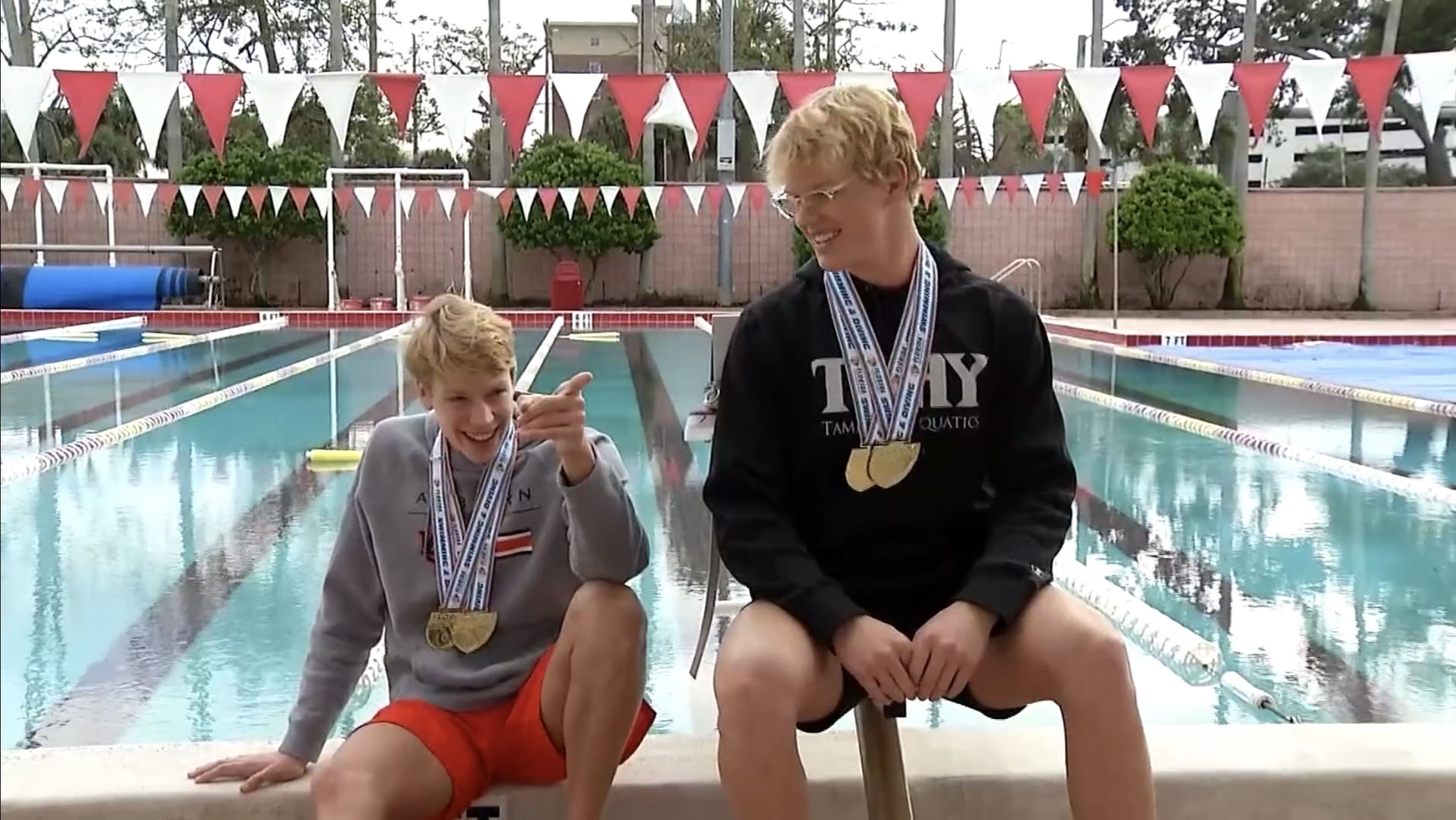 TAMPA, Fla. - By nature of the fast events they compete in, Logan and Chance Tirheimer are competitive.

By nature of the last name they share, they’re ultra-competitive.

That brotherly love has helped these two pull off an amazing feat. Both brothers won the sprint events at the state swimming championships in consecutive years. Logan won the 50 and 100 free events in 2019. Chance took the gold in both events this year. But that’s where the similarities end.

“They’ve both developed in different directions,” TBAY Swim Coach Jason Bowes said. “And even though they’re brothers, it’s obviously been two different people I’m coaching. And they both are really talented in the water.”

Chance was there when his big brother won his gold medals swimming for Tampa Prep and witnessed what the experience meant to him. And then he got to experience it himself.

“My heart dropped,” Chance said. “Like, I didn’t believe it cause I never knew that I was capable of that.

Swimming in his brother’s shadow for so long, Chance finally got to have his own moment. “I kind of got my own chance to shine which was really, really cool,” Chance said.

“He was there for me last year, like holding all my stuff for me behind the blocks, so for him to have his own experience is just awesome,” Logan said.

With Logan at Auburn and Chance finishing up at Chamberlain and possibly heading to the University of Florida, the brothers could be swimming against each other in the SEC. Bring on the competition because it helps them to push each other.

“He just started working really, really hard,” Logan said. “Since I left, I think. I think it honestly gave him a window of his own to be himself which is really good.”

“He’s always been such a great role model and I’ve always looked up to him, like when he trains and when he’s at the meets,” Chance said. “I look up to him so much.”