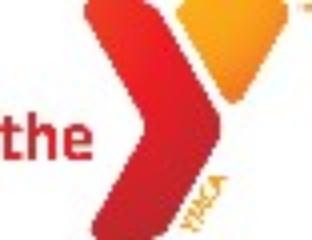 Listed below is a press release from the YMCA of the USA about DCST Swimmer Grant Alef.

Alef was one of two graduating high school seniors to receive the award for his excellence in academic achievement and commitment to healthy living through YMCA competitive swimming. He received a $1,000 academic scholarship from Nike SWIM, a national sponsor of  YMCA of the USA competitive swimming and diving events, to be applied to the university, college, junior college or other insitution of higher learning he plans to attend following graduation.

Grant is a senior at Kaneland High School, and he will be swimming for the University of Minnesota starting in the fall.  He has been a member of the Kishwaukee YMCA / DeKalb County Swim Team (DCST) for the past 13 years.  Grant has also been named a USA Swimming Scholastic All-American for the past two years.

“At the Y, we believe that all kids deserve the opportunity to discover who they are and what they can achieve,” said Brian Bickner, Senior Coach of DCST . “Through competitive sports and other program areas, our commitment is to focus on the development of the whole person, the strengthening of the family and the inclusion of all in the community who want to participate. We are thrilled that Nike SWIM has chosen to honor Grant with this award because he exemplifies the positive character that we want to instill in all of our program participants.”

The Outstanding Athlete Scholarship is presented by Nike SWIM to two graduating high school seniors – one male and one female - who have been YMCA swimmers for at least five years, maintained a grade point average of 3.5 or better during their senior year, and reflect the Y’s core values of caring, honesty, respect and responsibility in their community.

“The Y’s training and competitive events, such as the Swimming and Diving Championships, give participants the opportunity to build athletic, social and interpersonal skills,” said Christopher Montella, Senior Marketing Director of Nike SWIM.  “Nike SWIM is proud to support these efforts and believes that by collaborating with the Y, we can make a real difference in the way we inspire and empower youth across the country to meet their achievement goals – physically, academically and personally. We extend our heartfelt congratulations to the two scholorship winners selected this year.”

Nike SWIM is a subsidiary of Perry Ellis International, Inc., a leading designer, distributor and licensor of apparel and accessories for men and women. The company, through its wholly owned subsidiaries, owns or licenses a portfolio of brands that includes 29 of the leading names in fashion such as Perry Ellis®, Savane®, Jantzen®, Original Penguin® by Munsingwear®, Cubavera®, Laundry by Shelli Segal®, Gotcha®, Callaway® Golf Apparel, Nike® Swim, C&C California®, Pierre Cardin® and Grand Slam®. www.pery.com.

The Y is one of the nation’s leading nonprofits strengthening communities through youth development, healthy living and social responsibility. Across the U.S., 2,700 Ys engage 21 million men, women and children – regardless of age, income or background – to nurture the potential of children and teens, improve the nation’s health and well-being, and provide opportunities to give back and support neighbors. Anchored in more than 10,000 communities, the Y has the long-standing relationships and physical presence not just to promise, but to deliver, lasting personal and social change. ymca.net