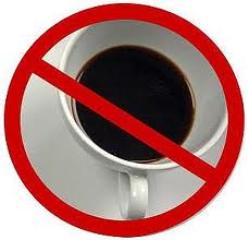 Q:  Will a cup of caffeinated coffee enhance athletic performance?  Does caffeine have any undesirable side affects?  Why do so many people drink coffee?

A:  No, consuming one cup of caffeinated coffee will not enhance athletic performance.  Some studies have suggested that caffeine will enhance performance under certain circumstances (ie, short-term high-intensity or long-term moderate-intensity exercise).  However, most studies have demonstrated no effect of caffeine on endurance and performance.  In the studies that suggest an effect, the caffeine consumption usually exceeded 400 mg before exercise.  To get this level of caffeine, you would have to consume approximately 4 cups (5 oz) of caffeinated coffee, 12 cups (5 oz) of tea, or 3 quarts of cola.

Consuming caffeine can have some undesirable side effects, including increased heart rate, digestive secretions, breathing rate, and urine output.  Caffeine also affects the central nervous system by increasing restlessness.  Other side effects include headaches, irritability, insomnia, diarrhea, hyperactivity, and depression.  Keep in mind also that caffeine is recognized as a stimulant by the International Olympic Committee, and if present in excessive amounts is considered a banned substance.

Most people drink coffee because they like the taste, and it is a socially acceptable ritual.