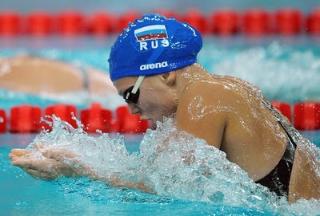 Focus: Being in the Right Place at the Right Time

One of the greatest mental skills an athlete needs to learn is to focus. The ability to focus—to be in the right place at the right time, mentally—is such a critical aspect of swimming success. Whether it be to focus on your goals, on a specific part of your stroke, on certain parts of your body during warm-up, focusing is a skill that that is probably as important to your success as any other mental skill. To illustrate this, I want you to take a few moments to imagine yourself doing the activities below.

First, imagine that you are standing about 10 feet away from a group of your friends. Each friend is holding a ball of a different size, color or shape. You ask each of your friends to hold up a ball, and you choose which one is your favorite. Choose only one. Now, on the count of 3, all of your friends—at the exact same time—throws his ball in your direction so that you may catch it. To only catch your ball, you have to be in the right place at the right time, mentally. In this case, you need to focus on the one ball that you want to catch, while ignoring all the others. Most of the time, you are able to do so because your focus allowed you to catch the ball as if it was the only one being thrown to you.

Now, imagine if I asked you to identify two balls you wanted to catch, both at the same time. Your friends all throw the balls at the same time, and you attempt to catch two. More often than not, not only would you not catch two, you wouldn’t even catch one. Why? Because trying to focus on more than one thing at the same time limits your ability to focus on anything.

Now, imagine that you are at a swim meet. At the meet are a variety of things that may catch your attention, some of which would be helpful for a proper mindset and some of which would not help your performance. Teammates. Competitors. Parents. The weather. The pool. The crowd. Your sore arm. The song that is going through your head. Your doubts. Your goals. Your swim bag. The snack bar. Qualifying times. Your coaches. Your race plan. Expectations. The amount of information – and potential distractions – at swim meets can be overwhelming. But it doesn’t have to be if you have a plan.

Now, imagine that each of those things mentioned above – expectations, goal times, your parents, etc. – are represented as a different color ball that was held by your friends. Imagine, as you did in the first exercise, that you were to choose something very specific to focus on at a meet – during warm-up, behind the blocks, or during a race. It would be as easy to direct your mental energy at that as it would be to catch just one ball out of many coming at you. It would be easy because you have chosen very carefully ahead of time what you wanted to focus on, and in the process that would allow you to ignore, or block out, all of the other potential sources of stress or distractions around you.

The key here is that you want to create a mindset so that YOU are in control of your focus, no matter what is going on around you. You certainly don’t want your environment, or what happens in it, to control your mindset.

Before your next meet, write out one very specific thing you want to focus on in the car on the way to the meet, during warm-up, when you are standing behind the blocks and during your race. Just one specific thing for each of those four settings. Talk to your coach if you need help with this. Then, practice this most important mental skill – being in the right place, at the right time.