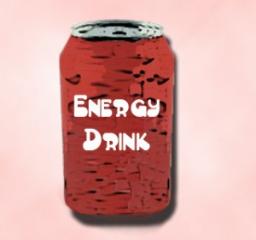 USA Swimming's Sports Medicine Task Force recently conducted research into the topic of energy drinks. For the last few weeks, the task force presented a series of articles designed to educate swimmers, coaches and parents on the findings of its research.

This week we bring you an article on the psychological implications of energys drinks on competitive swimmers. Other articles in this series include Energy Drinks: What You Need to Know,  Energy Drinks: A No-No for Young Swimmers and The Direct Health Effects of Stimulant/Energy Drinks.

Energy drinks differ from sports drinks in many important ways. Sports drinks are flavored beverages that contain carbohydrates, minerals and electrolytes and are generally used to replace water and essential nutrients lost during prolonged exercise1. Energy drinks contain stimulants (such as caffeine, guarna and taurine), sugars or sweeteners, and other additives and are marketed to produce performance-enhancing effects such as increased endurance, concentration, reaction time, or improved mood 2. It is important to note that energy drinks are not regulated by the Food and Drug Administration (FDA) and there are currently no restrictions for marketing to or providing warning labels for use with children or adolescents2. Common brands of energy drinks currently on the market include Monster Energy Drinks, Red Bull, Rockstar, and Full Throttle. Energy shots, such as 5 Hour Energy Shots, are 2-3 ounce servings that contain less sugar and calories than full-size energy drinks but similar doses of stimulants as full-size energy drinks 3.

In many ways, we live in a society that seeks a quick solution to our problems or a quick boost to our performance. Athletes who consume energy drinks often cite that they do so to receive a rapid and easy burst of energy that they can use to enhance their performance. But energy drink use should not be sought to replace, or even enhance, one’s daily training regime or nutrition plan. It is also important to note that there are many counter-effects of energy drink consumption, as outlined in the article entitled the "Direct Health Effects of Stimulants" that appeared on usaswimming.org on November 28.

Alternatives to Energy Drink Use

For all of the reasons outlined above, it should be clear that USA Swimming does not endorse the use of energy drinks, and strongly discourages its athletes to consume them for either performance or personal reasons. As alternatives, USA Swimming Sports Medicine recommends that athletes, coaches and parents consider other healthier, effective choices, such as the following:

In conclusion, it is important for swimmers to make good decisions about what they put into their bodies, and to understand the implications of those decisions, both positive and negative, on their performance. Besides being unhealthy, energy drinks also have the potential to increase perceptions of nervousness before a race and to have several other negative consequences on the nervous system. As noted above, swimmers can regulate their energy levels in much safer and effective ways, and are encouraged to pursue healthy avenues to reach their goals.