RAYS Almost Get The GOLD 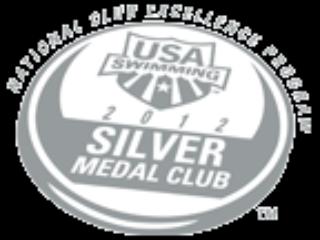 The RAYS were just 2 teams away from being named a USA Swimming Club Excellence GOLD level team.

However we finished with a silver. An achievement for which we have proudly accomplished 5 years in a row.

The following clubs achieved the coveted Gold Medal level for 2012:

Three clubs have achieved the Gold Medal level for the first time this year: First Colony Swim Team, Y Spartaquatics Swim Club and Crimson Aquatics. Of the 306 teams that submitted applications for this year’s program, a record 88 clubs achieved the criteria for Gold Medal eligibility.

There were several key changes to this year’s program. The most notable being:

Clubs have been selected as Gold, Silver or Bronze Medal clubs according to the following parameters:

The program recognizes USA Swimming clubs for their commitment to excellence in performance. In addition to recognizing the top club teams, the program provides grant funding for resources that enable clubs to expand and/or enhance the services they already provide to athletes. A total of $330,000 in grant dollars will be distributed to the 100 Gold and Silver-level clubs. Final grant awards will be announced by April 20.