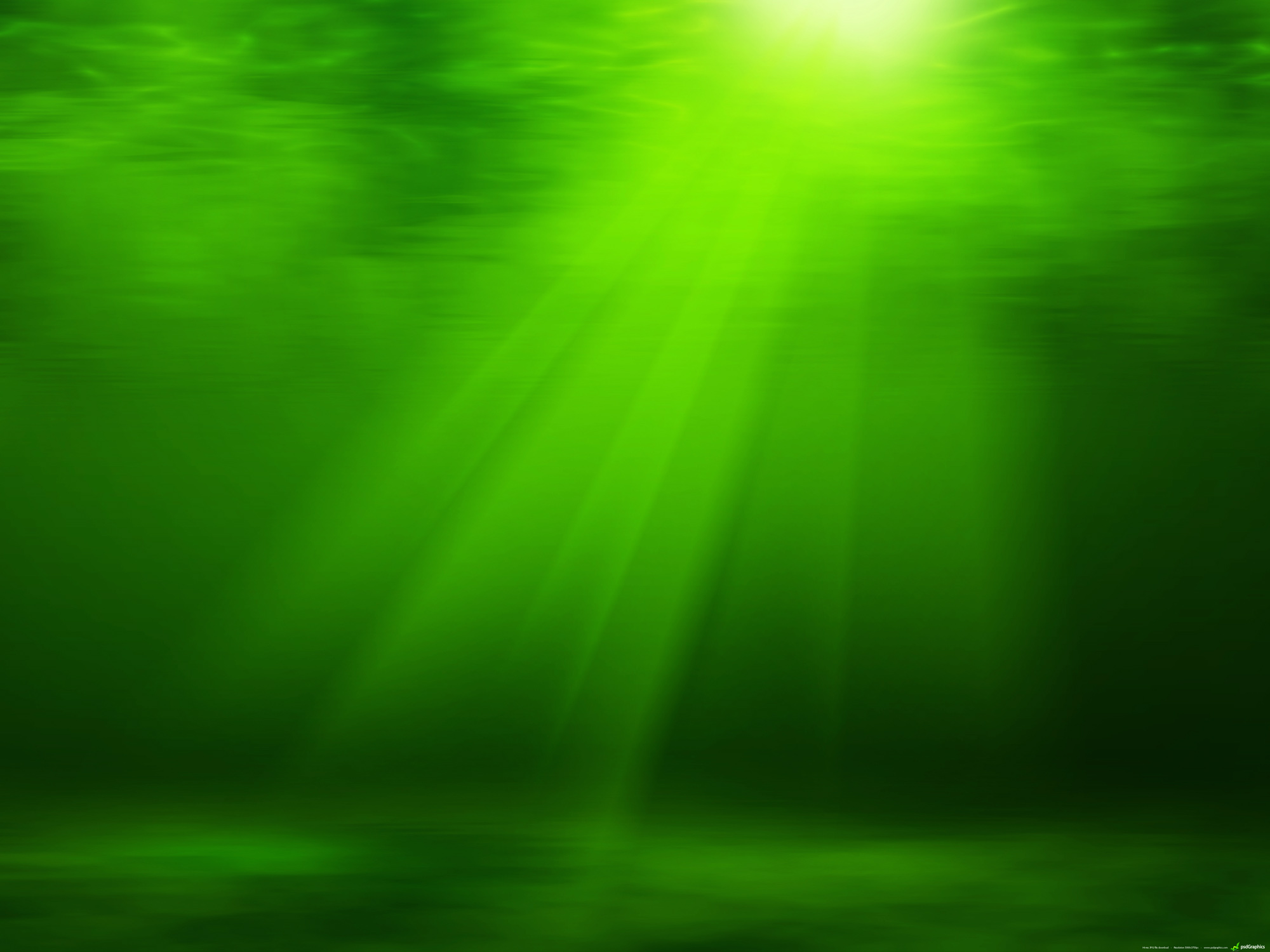 I am constantly impressed by the unconditional love and support shown by parents on this swim team.  It is inspiring and commendable.  Here is an article that talks about the power of great parenting in sports.  Hopefully you will get something useful out of it.  If not, please don't feel obligated to read.  I thought the most interesting part was how kids just want parents to comment upon how they appreciate seeing them do their sport.  Thanks to all you parents who do this on a regular basis!

What Makes A Nightmare Sports Parent –

And What Makes A Great One

Hundreds of college athletes were asked to think back: "What is your worst memory from playing youth and high school sports?" Their overwhelming response: "The ride home from games with my parents."

The informal survey lasted three decades, initiated by two former longtime coaches who over time became staunch advocates for the player, for the adolescent, for the child. Bruce E. Brown and Rob Miller of Proactive Coaching LLC are devoted to helping adults avoid becoming a nightmare sports parent, speaking at colleges, high schools and youth leagues to more than a million athletes, coaches and parents in the last 12 years.  Those same college athletes were asked what their parents said that made them feel great, that amplified their joy during and after a ballgame.

Their overwhelming response: "I love to watch you play."

There it is, from the mouths of babes who grew up to become college and professional athletes. Whether your child is just beginning T-ball or is a travel-team soccer all-star or survived the cuts for the high school varsity, parents take heed.

The vast majority of dads and moms that make rides home from games miserable for their children do so inadvertently. They aren't stereotypical horrendous sports parents, the ones who scream at referees, loudly second-guess coaches or berate their children. They are well-intentioned folks who can't help but initiate conversation about the contest before the sweat has dried on their child's uniform.  In the moments after a game, win or lose, kids desire distance. They make a rapid transition from athlete back to child. And they’d prefer if parents transitioned from spectator – or in many instances from coach – back to mom and dad. ASAP.

Brown, a high school and youth coach near Seattle for more than 30 years, says his research shows young athletes especially enjoy having their grandparents watch them perform.   "Overall, grandparents are more content than parents to simply enjoy watching the child participate," he says. "Kids recognize that."

A grandparent is more likely to offer a smile and a hug, say "I love watching you play," and leave it at that.  Meanwhile a parent might blurt out …

“Why did you swing at that high pitch when we talked about laying off it?"

"Stay focused even when you are on the bench.”

"You didn’t hustle back to your position on defense.”

"Your coach didn't have the best team on the field when it mattered most.”

And on and on.

Sure, an element of truth might be evident in the remarks. But the young athlete doesn’t want to hear it immediately after the game. Not from a parent. Comments that undermine teammates, the coach or even officials run counter to everything the young player is taught. And instructional feedback was likely already mentioned by the coach.   "Let your child bring the game to you if they want to,” Brown says.

Brown and Miller, a longtime coach and college administrator, don't consider themselves experts, but instead use their platform to convey to parents what three generations of young athletes have told them.  "Everything we teach came from me asking players questions," Brown says. "When you have a trusting relationship with kids, you get honest answers. When you listen to young people speak from their heart, they offer a perspective that really resonates.”

So what’s the takeaway for parents?

"Sports is one of few places in a child's life where a parent can say, 'This is your thing,’ ” Miller says. "Athletics is one of the best ways for young people to take risks and deal with failure because the consequences aren’t fatal, they aren’t permanent. We’re talking about a game. So they usually don’t want or need a parent to rescue them when something goes wrong.  "Once you as a parent are assured the team is a safe environment, release your child to the coach and to the game. That way all successes are theirs, all failures are theirs."  And discussion on the ride home can be about a song on the radio or where to stop for a bite to eat. By the time you pull into the driveway, the relationship ought to have transformed from keenly interested spectator and athlete back to parent and child:

"We loved watching you play. … Now, how about that homework?"

Nearly 75 percent of kids who play organized sports quit by age 13. Some find that their skill level hits a plateau and the game is no longer fun. Others simply discover other interests. But too many promising young athletes turn away from sports because their parents become insufferable.  Even professional athletes can behave inappropriately when it comes to their children. David Beckham was recently ejected from a youth soccer field for questioning an official. New Orleans radio host Bobby Hebert, a former NFL quarterback, publicly dressed down LSU football coach Les Miles after Alabama defeated LSU in the BCS title game last month. Hebert was hardly unbiased: His son had recently lost his starting position at LSU.  Mom or dad, so loving and rational at home, can transform into an ogre at a game. A lot of kids internally reach the conclusion that if they quit the sport, maybe they'll get their dad or mom back.

• Overemphasizing sports at the expense of sportsmanship: The best athletes keep their emotions in check and perform at an even keel, win or lose. Parents demonstrative in showing displeasure during a contest are sending the wrong message. Encouragement is crucial -- especially when things aren’t going well on the field.

• Having different goals than your child: Brown and Miller suggest jotting down a list of what you want for your child during their sport season. Your son or daughter can do the same. Vastly different lists are a red flag. Kids generally want to have fun, enjoy time with their friends, improve their skills and win. Parents who write down “getting a scholarship” or “making the All-Star team” probably need to adjust their goals. “Athletes say their parents believe their role on the team is larger than what the athlete knows it to be,” Miller says.

• Treating your child differently after a loss than a win: Almost all parents love their children the same regardless of the outcome of a game. Yet often their behavior conveys something else. "Many young athletes indicate that conversations with their parents after a game somehow make them feel as if their value as a person was tied to playing time or winning,” Brown says.

• Undermining the coach: Young athletes need a single instructional voice during games. That voice has to be the coach. Kids who listen to their parents yelling instruction from the stands or even glancing at their parents for approval from the field are distracted and can't perform at a peak level. Second-guessing the coach on the ride home is just as insidious.

• Living your own athletic dream through your child: A sure sign is the parent taking credit when the child has done well. “We worked on that shot for weeks in the driveway,” or “You did it just like I showed you” Another symptom is when the outcome of a game means more to a parent than to the child. If you as a parent are still depressed by a loss when the child is already off playing with friends, remind yourself that it’s not your career and you have zero control over the outcome.

Let’s hear it for the parents who do it right. In many respects, Brown and Miller say, it’s easier to be an ideal sports parent than a nightmare. “It takes less effort,” Miller says. “Sit back and enjoy.” Here’s what to do:

• Cheer everybody on the team, not just your child: Parents should attend as many games as possible and be supportive, yet allow young athletes to find their own solutions. Don’t feel the need to come to their rescue at every crisis. Continue to make positive comments even when the team is struggling.

• Know what is suitable to discuss with the coach: The mental and physical treatment of your child is absolutely appropriate. So is seeking advice on ways to help your child improve. And if you are concerned about your child’s behavior in the team setting, bring that up with the coach. Taboo topics: Playing time, team strategy, and discussing team members other than your child.

• Know your role: Everyone at a game is either a player, a coach, an official or a spectator. “It’s wise to choose only one of those roles at a time,” Brown says. “Some adults have the false impression that by being in a crowd, they become anonymous. People behaving poorly cannot hide.” Here’s a clue: If your child seems embarrassed by you, clean up your act.

• Be a good listener and a great encourager: When your child is ready to talk about a game or has a question about the sport, be all ears. Then provide answers while being mindful of avoiding becoming a nightmare sports parent. Above all, be positive. Be your child's biggest fan. "Good athletes learn better when they seek their own answers," Brown says.

And, of course, don’t be sparing with those magic words: "I love watching you play."

-- Steve Henson is a Senior Editor and Writer at Yahoo! Sports. He has four adult children and has coached and officiated youth sports for 30 years. He can be reached at [email protected] and on Twitter @HensonYahoo