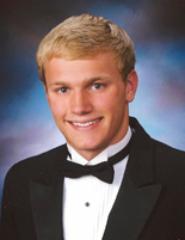 Athlete of the Week for February Week 3

Is it possible with a last name “Fellows” that you are destined to be everyone’s friend and the one everyone wants to associate with? By definition, the answer is a simple “Yes”. But the reason everyone might know who Kent Fellows is could be the fact that he’s a well-rounded student-athlete at Bob Jones High School, and just so happens to be our Athlete of the Week for the third week of February. He may not gain world-wide fortune and fame for being our Athlete of the Week, but when you start to pay attention to his accomplishments, you see a bright future for this young man. For starters, Kent and water have been best friends since he can remember. From the age of six, he’s been a competitive swimmer and has lettered each year since the eighth grade as a member of the Bob Jones Varsity swim team. That’s just the tip of the iceberg. He’s competed at the state level since the ninth grade, he’s a two-time National Interscholastic Swim Coaches Association All-American, four-time AHSAA State-Champion and is a state record holder in the 200 and 400 meter Freestyle relays. He’s won two individual State Championships and did we mention, he’s the team captain? Once he’s out of the pool and in the classroom, success only follows. Kent carries a 3.8 GPA and is a National Honors Society member. He excels in AP and Honors classes, has held a position in student government for all four years of high school and has been known to steal the show in three Bob Jones High School Spring Musicals. Off campus, he’s a Boy Scout; actually, an Eagle Scout to be exact. Kent is an active member of his church and youth group. He is a lifeguard and has taught water safety for the Red Cross. Kent has even organized an adaptive-learning book development project for United Cerebral Palsy and help with the Downtown Rescue Mission. Although they might be soaking wet, Kent Fellow’s heart and head are certainly in sync as he’s destined for greatness. Congratulations, Kent!