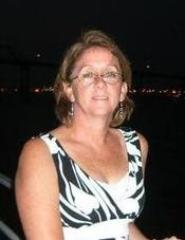 Listed below is the obituary for Marybeth McGill.  Our thoughts and prayers go out to her family.  DCST will forever be indebted to her for her contributions to our program.

Marybeth graduated DeKalb High School Class of 1980 and Northern Illinois University with a bachelor’s degree in Education in 1984. Marybeth was an accomplished swimmer; she qualified for the IHSA State Swimming Championship all four years of high school, earning five top six medals. Her swimming career continued at N.I.U. where she competed at the NCAA Championship Swim Meet. She taught at Chesebro Elementary School , was the Aquatic Director and youth swim team coach at the Y.M.C.A., taught at K.E.C. School, and was formerly the DeKalb High School Girls and Boys Swim Team Coach. Marybeth attended Christ the Teacher Parish at the Newman Center in DeKalb. She is survived by her husband, Lance; her children, Drew Taylor of Winona, Minnesota, Lauren Taylor of Milwaukee, Wisconsin, and Kate Taylor of Chicago; her parents, Thomas and Mary O’Brien, Sr. of DeKalb; brothers, Thomas O’Brien, Jr. of Davenport, Iowa, Timothy O’Brien of Rock Falls and Patrick (Andrea) O’Brien of Sycamore; sisters, Terri (Mark) Pheanis of Geneva and Susie (John) Kim of Davenport, Iowa; nieces, nephews, aunts, uncles and cousins; her mother-in-law, Rita McGill of DeKalb; and her children’s father, Greg Taylor of DeKalb.

She was preceded in death by her father-in-law, Mickey McGill; and her maternal and paternal grandparents.

In lieu of flowers, memorials can be made to the Marybeth McGill Memorial Fund, for an education scholarship, in care of Anderson Funeral Home, P.O. Box 605, 2011 South Fourth Street, DeKalb, IL 60115.

For information, visit www.AndersonFuneralHomeLtd.com or call 815-756-1022.