Manta Rays to compete along with Phelps, Lochte, Beard, Torres in Indy 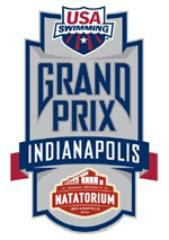 Preliminaries in Indianapolis will start at 8:30 a.m. ET Thursday through Saturday, with finals beginning at 6:00 p.m. ET. Visit www.usaswimming.org for a complete schedule of events. Universal Sports will be broadcasting finals on March 30-31 from 6 p.m.- 8 p.m. ET. USA Swimming will also provide a live webcast of the event. Single session, all day or all-session passes may be purchased at the door or through the IU Natatorium website online.

In advance of the Indianapolis Grand Prix, USA Swimming will hold a media day at the IUPUI Natatorium on Wednesday, March 28 to provide national and local media interview opportunities with Olympians and Olympic hopefuls. Any members of the media interested in taking part in the media day, please contact someone from USA Swimming’s public relations department.

The meet is the fifth stop of the 2011-2012 USA Swimming Grand Prix Series with the series concluding June 2, 2012 in Santa Clara, Calif. Swimmers are awarded five points for a gold medal, three points for a silver medal and one point for a bronze medal. The top scoring swimmer at the conclusion of the Series will be awarded $20,000. Michael Phelps currently sits atop the standings with Allison Schmitt currently in second. Reigning Grand Prix Series Champion Missy Franklin rounds out the top-three spots. A leaderboard for the USA Swimming Grand Prix Series can be found online at www.usaswimming.org/grandprix.

The USA Swimming Grand Prix Series serves as an opportunity for swimmers to race against some of the best competition in the country as they continue their preparation for the 2012 U.S. Olympic Trials in Omaha, Neb. as well as the 2012 Olympic Games in London. The two remaining stops in the 2011-2012 Grand Prix Series include: Charlotte, N.C. and Santa Clara, Calif.