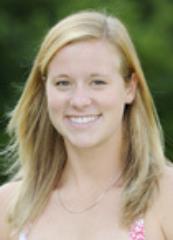 Jenny von Jouanne will be representing MSA at the Olympic Swimming Trials.  She will be competing in the 100 meter backstroke on Tuesday, June 26th, in Omaha, Nebraska.  Von Jouanne is the first swimmer from Madison to qualify for this meet.  The 22 year-old is a native of Madison.  She started swimming competitively for the Madison Dolphins, at the age of 8, and has been swimming for MSA (formerly the Madison Titans) since she was 9.  Throughout her middle school and high school years, von Jouanne also represented Bob Jones High School.  After several years competing for the Auburn University Swimming & Diving Team, von Jouanne has returned to her home club to train for the Trials.

The preliminary heats will be aired LIVE at www.usaswimming.org , and the semi-final and final heats will be broadcast LIVE on NBC.

Jenny will be swimming in the first heat of the Tuesday morning session at 10:00AM.

For more information about the broadcast schedule, go to the USA Swimming website ( www.usaswimming.org ).