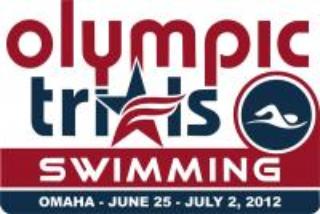 Tyler Ball hit the water first in the 400 IM, clocking in a 4:33.29 which was just shy of his seeded time. Tyler dove into the pool with some flair, wearing a very bright pink suit that could be seen from the nosebleed sections.