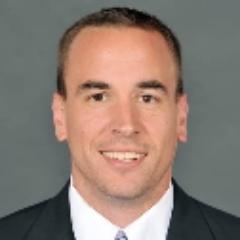 In addition, Dave has announced the following promotions and coaching hires:

Christine Ayers, Age Group Coach.  Christine formerly was employed as an Age Group Coach at Premier Aquatic Club (PAC) of Houston, TX for the past 4 years.  She is an ASCA (American Swim Coach Association)  Level 2 Coach and will be working with the Paws & Cubs Groups.

Monica McJunkin, Age Group & Senior Coach.  Monica was a member of the LSU Swimming & Diving team from 2005-2009 where she was a 1st team All-American and is an LSU record holder in the 400 Free Relay and the 100 Backstroke.

Alex Knudsen, Part-time Age Group Coach.  Alex will join us in the fall when he begins school at LSU.  Alex will be assisting Christine with the Paws & Cubs Groups.  He is currently a coach at FINS in Mandeville, LA and is a product of Louisiana Swimming.

Head Coach Craig Harris has resigned from Tiger Aquatics and returned to Plano, Texas with his family.  We thank Craig for his service and wish him the best in his new position.