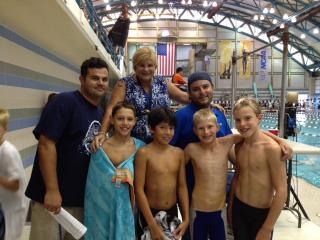 The Westchester relay was in very good position, when Maierle again had an outstanding anchor swim of under 30 seconds to run-down this record.

Click on the link to the Hot New Web site for Swimming News
http://swimswam.com/2012/07/westchester-10u-add-long-course-relay-record/