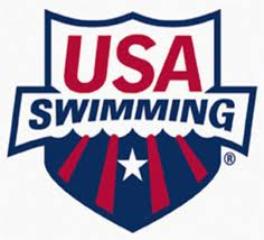 USA Swimming has unveiled their new Motivational Time Standards for the 2013-2016 seasons. It comes as no surprise, based on what we’ve been seeing as age group swimmers have gotten better-and-better, but the times have been ratcheted up for the upcoming four years as training develops, technique develops, and more of the best athletes are kept in the sport.

These times on some level are arbitrary, as they won’t qualify anybody for a National Championship meet, but they are still very important. Not the least of which is in the name: motivation. Young swimmers who can call themselves an “A” swimmer versus a “BB” swimmer feels a huge upgrade in confidence, and reaching for these times give young athletes an idea of what they should be shooting for.

These times are also used often to determine eligibility for certain local meets, and for determining training groups. The drop will, at least in the short term, shift numbers away from A & Up meets to BB & Under meets, which may not be unintentional.

USA Swimming has done an analysis of how much change there has been between the old standards and the new, specifically at the AAAA (highest) level. Many of these standards have increased in difficulty by over 2%, and most are over 1% (though not every time has changed).

Here is the hyper-link for the new time standards: