A New Face on Deck 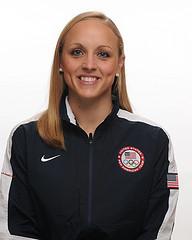 You may have noticed a new face on deck working with the kids. The new face to some, is actually a very familiar face to the local and national swimming scene; Chelsea Nauta. Chelsea started swimming when she was just 6 years old and was one of the founding members of TBAY in 2000. She was also a member of the TBAY squad that won the 2006 USA Swimming Junior Nationals title in Irvine, CA. Chelsea went on to win 7 FHSAA state titles while a student at Tampa Prep. Chelsea capped off her career at Tampa Prep by accepting a scholarship to swim at the University of Georgia.

As a Georgia Bulldog, Chelsea was a member of the 800 freestyle relay team that set the American Record and captured the 2010 NCAA title. She was also a member of two SEC Championship teams and helped the Bulldogs to three 2nd place finishes at the NCAA Championships.

Chelsea has recently relocated to the Brandon area and couldn’t be happier to reconnect with her TBAY roots working with TBAY Brandon swimmers. Chelsea said, “TBAY gave me the foundation I needed in order to achieve at the NCAA and international level. I credit much of my swimming success to the hard work I did growing up but also to the emotional support and character development I gained as a member of this incredible club. Reconnecting with TBAY has provided a new perspective on the sport and helped me stay connected with the swimming community. I am honored to have the opportunity to share my experiences with the swimmers here and be a member of the TBAY family again.”