Argonauts Commit to a New Adventure 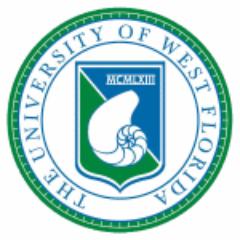 The Brandon branch of Tampa Bay Aquatics (TBAY Brandon) will be sending three of its senior swimmers to help establish the new Women’s Swimming and Diving Team at the University of West Florida in Pensacola. Allison Lehr of Bloomingdale, Karisa Kostecki of Newsome, and Kelsey Fry of Plant City H.S. have all committed to be part of UWF’s inaugural recruiting class.

UWF is adding Women’s Swimming and Diving as their 14th varsity sport in 2013. A $4.5 million renovation of the UWF Aquatic Center was completed in April 2011 and Andrew Hancock was named the team’s Head Coach July 31, 2012. To ensure the Argonauts set the proper course and build the proper foundation for their newest team, Coach Hancock and Athletic Director Dave Scott look for swimmers that not only will be able to compete in the pool and in the classroom, but will also know how to build a new team spirit and camaraderie that will carry forward to future recruiting classes. Scott is also looking to build upon the success experienced by the Argonauts Women’s Soccer team which won the Division II Championship earlier this December. "The aquatic center is a top-notch facility for a Division II swimming and diving program,” said Scott.  “We’re looking forward to working with the staff in Recreation and Sports Services to provide our student-athletes with the best possible facility in which to compete and train.”

"It's an exciting time here at the University, with the campus community and local swimming community both very excited to welcome a collegiate swimming and diving program next fall. My goal is that our swim and dive team will ultimately achieve success at the National level in much the same way as our other programs here at UWF, and I am very fortunate to be recruiting fast swimmers, good students and great people to form our first ever roster" said Coach Hancock. Hancock spent the last five years as the assistant coach for the men’s and women’s swimming and diving program at his alma mater, Cleveland State University.  In 2011 Hancock was tabbed by CollegeSwimming.com as one of the top swimming and diving assistant coaches in the country as an honorable mention selection for the Assistant Coach of the Year award.

Lehr, Kostecki and Fry all competed with their respective high school swim teams, but train year round at River Hills Country Club under the tutelage of TBAY Brandon Head Coach Dave Gesacion. “Each girl brings talents and strengths that will really help UWF build the foundation for a strong program. They all had opportunities and strong interest from other institutions, but the unique challenge to help establish a brand new program, coupled with the positives of UWF was a deciding factor for each swimmer” said Gesacion. “These three girls are tremendous assets to TBAY Brandon, I’m confident that they will have great success at UWF and beyond” added Gesacion. All three swimmers are charter members of TBAY Brandon, which began operating in the fall of 2010. Gesacion’s program focuses on a swimmer’s long term success in all aspects of competitive swimming as well as developing “championship behavior” both in and out of the pool. “Being some of the first members of our team and having helped build the foundation for the successes TBAY Brandon has achieved and continues to achieve, will benefit UWF and Coach Hancock as they work to do the same with their program” said Gesacion. Ms. Kostecki added, “We all hope to help build a swim team the University can be proud of. We are looking forward to helping build a team that embodies character, respect and integrity on and off the pool deck.”