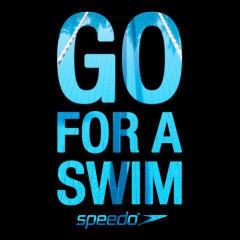 Helpful tips for getting through tough holiday training season

PHOENIX, Arizona, December 13. THIS time of year can be difficult for swimmers. The days are getting shorter, the weather brisker and for many, the lure of outdoor swimming is months and months away. Not only all that, but for us Canadians, there is no hockey.

In this nearly unbearable set of conditions, it's imperative to find ways to stay motivated when that alarm clock goes off at 5:15 a.m. and it's darker outside than it was when you went to bed.

1. Partner up with someone who is faster in your group. Improvement is about reaching for just past what we feel ourselves capable at this moment. If he or she is going pace 50s at 35-second intervals, do it too. If they are going to do use a rubber band on their ankles when doing a pull set, follow suit. Successful swimmers have this odd characteristic of wanting to challenge themselves. Challenge yourself by rising to their level.

2. Pick up the habit of doing more than is expected of you. All the talent in the world can only get us so far without hard work. If you are doing "just enough" to get by, your results will reflect this. There is a powerful and visceral pride in being able to tell yourself that you did more than what was asked.

3. Choose a habit to destroy at the pool this week. "Hey, I don't have any bad habits. I'm perfect," you might be saying. Mmm-hmm. Pick that one habit that you've been using as a crutch and vow to destroy it once and for all. It could be something like pulling into the wall when doing kick sets, breathing the first stroke coming off the walls, not breathing every three strokes ... You get the idea. Pick one, and attack it for a week. Just one bad habit, and just for one week. Typically that is more than enough time to replace that stinky habit and give you the boost of confidence and motivation that you don't, in fact, need to do nine butterfly kicks on breaststroke pullouts.

4. Show up early. Often the most agonizing moments of a swimmers day is the lead-up to a particularly difficult workout session. Nip this in the bud by showing up early. Sitting around with your friends agonizing about it will only make you feel worse and dread it even more. Think of that insane workout as a band-aid -- just rip it off! Sure, it'll sting at first and you might have some body hair stuck inside of it, but the sooner it's done, the less time you can spend obsessively freaking out about it.

5. Make a countdown. Pull out that big, greasy goal you have for the year. It could be smashing a personal best, making a travel team, or even setting a world record. Count the number of days between now and the day of the meet where you hope to execute this goal. Create a reverse countdown using this number. (Google "countdown app" -- there are an endless number of options. Or create your own advent calendar. Mmm chocolate!) Doing this will make your goal more real and establish some urgency to make every single workout count. Doing this while humming Europe's "The Final Countdown" probably wouldn't hurt either.

6. Get some perspective. Swimmers spend a lot of time in the pool. A lot. This doesn't include travel time from practice and competitions, the nine hours per day spent trying to stay fueled up, or the endless loads of towel and bathing suit washing. When training is in full session we get one day off per week, and that is generally spent recovering on the couch, eating bagels, catching up on homework and in a general state of dread for a fresh week of training to commence Monday morning. Perspective comes in various forms, but my favorite is simply walking along the ocean. Getting outside and getting something besides chlorine in those lungs is a good way to remind yourself that while that 10 x 500 set stinks, there is nowhere else you'd rather be.