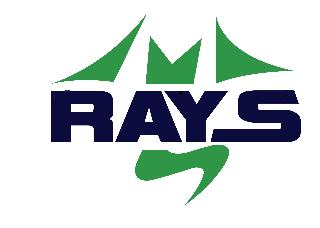 Manta Ray Zoe Thatcher (Soph-Mason HS) won two gold in this fast mid-season and unrested meet. She continued the streak of nine years in a row of a Manta Ray winning the 500 free by tieing former Manta Ray Amanda Smith's meet record. She also won the 1650 and placed second in a very fast 200 free.  Hannah Whiteley (Freshman-Springboro) crushed the meet record in the 100 back by a full second, she placed second in the 200 back and fourth in the 50 free!  Alisabeth Marsteller (Junior-Ursuline) placed in the top eight in all of her events including a third place finish in the 100 free, fourth in the 200 IM, sixth in the 100 fly and seventh in the 200 free. Marsteller was also a part of four record setting relays. Casey Frazier (Jr - Lakota West) had four Top 8 finishes in the 100 & 200 breast and 200 & 400 IM.  Gabby Marinelli (Fr- Mason) placed sixth in the 100 free. Julia Volpenhein (Soph-Mason) placed eighth in the 50 Free. Eric Chen (Senior-Mason) placed third in the 50 and fifth in the 100 free.  Bryan McNamara (Senior-Lakota West) placed third in the 500 and fifth in the 200 free. Steve Russo (Senior-St. Xavier) placed second in the 100 breast and fourth in the 200 Breast.  Steve was also a part of two winning relays.  The Classic is unique in that it features all USA swimming events rather than just the eleven (11) standard events used in High School competition.

To follow results for this meet, other major Ohio HS meets, and the state tournament held in February, click the Swimmeet.com logo on the left navigation bar on the team website. Congratulations!