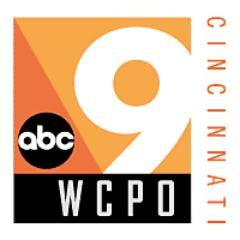 WEST CHESTER, Ohio - Bryan McNamara has used his arms and legs to merit earning a college scholarship for swimming. However, it was the 18-year-old’s heart that ultimately decided where he’d swim for the next four years.

Bryan, a senior at Lakota West High School who is preparing for his team’s sectional meet, had scholarship offers to multiple Division I universities but ultimately decided to accept an offer from Miami University in Oxford, Ohio, in large part because of his love for his family.

His father, Patrick McNamara, suffers from traumatic brain injury, which was caused when he fell 25 feet through a roof while in the job in 2005.

“What he struggles with the most is his memory loss, like remembering the day or the remote on the TV," said Bryan about his father who spent five weeks in a coma and multiple months in rehab before returning to his home in West Chester. “I know if there's a rough week going on at home, I know I’m not too far away. I can come by and help out."

Bryan picked the Redhawks and ultimately his family despite receiving offers to swim at East Carolina, South Carolina and the University of Kentucky, all of which would have been acceptable options to Byran's mother, Gail.

“We wanted him to find the swim program and school that was best for him, so we took a back seat and let him do the steering," said Gail during a team dinner at Lakota Freshman School Wednesday evening.

Bryan's swim coach, Dennis Beck, isn’t at all surprised by the decision. He knows how strongly Bryan feels for his family. Beck said the passion he has for his family also reflects his passion for his swimming, which helps make him as successful as he’s been in the sport.

That success and the opportunities Bryan has make it hard for his father, who recognizes the possible sacrifices he’s making. He knows what his son is doing for him and wants to make sure his son is able to enjoy his time in college, the perceived best four years of his life.

"I'll do everything I can so he has to minimize what he has to do for me. I want him to enjoy his time at school," Patrick said.

While other people might see it as a sacrifice, though, that’s the furthest thing from Byran’s mind. This is what he’s supposed to do.

"They've helped me become the young man that I am and helped me do the things I do in my life, and I know I wouldn't be where I am without them," he said.