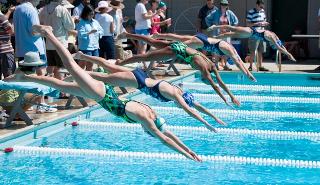 We can’t allow ourselves to turn out “soft children” into the world. They will get overwhelmed, beaten down, eventually defeated and probably live unhappily. Life is tough. College is tough which is where we usually send them to when the time comes to “spread their wings” and fly on their own. A dependent child will have trouble spreading her/his wings. A pampered child will look around for handouts because that is what they are used to. A “soft” child going out into the world?

When you watch your child drive away from the house to go off on their own to college, do you want a soft child behind the wheel? Do you want a person who quits at the slightest “bump” she/he encounters because that is what they are used to? Do you want a hard worker or someone who has been able to “slide” at home and at school?

Children need to be parented and coached with the idea that the more we allow them to think on their own the more they will be prepared for all of the “you better think this through” situations they will be faced the 1st week they are on their own. Our goal should be to make them independent FROM us. Not DEPENDENT upon us.

Soft children have lots of problems later on. It is our duty to give them the experiences, the space, the time and the confidence to do things “on their own.” It is a somewhat pleasant thought that our kids will always need us, but to need us too much is bad parenting. They need to skin their knee more often, wipe it off themselves, find a band aid by themselves, put the band aid on by themselves and then get back to work. Let them learn that process in lots of areas of their young lives. You will be doing the greatest parenting possible, helping them learn the lessons that will allow them to make it without us.

Your choice, soft or prepared for what life is going to throw at them.