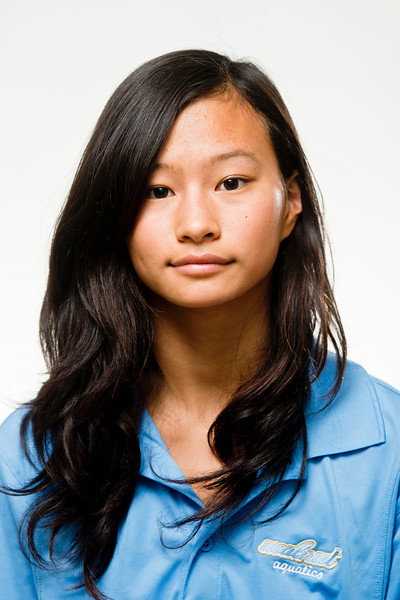 Here is the link for the news paper article.  Congratulations to Theresa Lo.  Meiling Chun was honorable mention for the Pasadena Star News. These were two young ladies who represented their High Schools this past spring.

After months of marathon practices and hours and hours of honing their craft in the pool, San Dimas High senior Austin Garcia and Glendora High senior Nicole Gautreau have been selected the San Gabriel Valley Tribune boys and girls swimmers of the year for 2013.

Garcia capped off a sensational career.

After winning Valle Vista League individual titles in the 50 and 100-yard freestyle races, Garcia continued his dominance in the muscle events at the CIF-Southern Section Division 4 swim finals in Riverside.

He was the only area athlete to win two first-place medals at the CIF finals.

"He (Garcia) worked extremely hard and he's certainly deserving of this award," San Dimas boys swim coach Danny Feola said. "He was a big reason we (team) won a league title and was one of the best swimmers at the (Division 4) finals. When you win two CIF titles, there's not much more you can do."

Gautreau was the anchor of Glendora's Baseline League championship team to go with multiple individual awards.

At the Baseline League finals, Gautreau easily won the 200 and 500-freestyle races, capturing each race more than five seconds ahead of the second-place finisher.

She also was the anchor of the Tartans' league-winning 400 relay squad.

"I was really impressed at how well our team came together," Gautreau said. "After losing the league title last year, we came into the season really wanting it and everyone stepped up."

At the CIF-SS Division 2 swim finals, Gautreau didn't slow down.

"To be honest, I still don't believe it," Gautreau said of winning a CIF individual title. "I've been putting in the work for so many years and to finally see the work paying off is amazing."

Gautreau also qualified for the Division 2 finals in the 200 free, finishing sixth overall.

In only his second year as the Saints' varsity swim coach, Feola is already making history. He led the Saints to back-to-back Valle Vista League boys swim titles and their best finish in CIF-SS history, finishing fifth overall in the Division 4 team finals. For his efforts, Feola has been selected the Tribune boys swim coach of the year.

JOEY MADDOX, Charter Oak, Jr.
The muscle event specialist won the Sierra League title in the 100 freestyle and was second in the 50 free. He also was part of the Chargers' fourth-place finish in the Sierra 400 free relay. At the CIF-SS Division 2 finals, Maddox posted a season-best 47.93 in the 100 freestyle, which was good for fourth overall.

DYLAN TARAZONA, Claremont, Jr.
Was dominant at the Sierra League finals taking home three first-place medals. Tarazona won the Sierra League 50 freestyle and 100 butterfly. He also was part of the winning 200 medley-relay team. At the CIF-SS finals, Tarazona earned a third-place finish in the 100 butterfly (50.16) and won the consolation race in the 50 free.

CATHERINE SANCHEZ, Glendora, Fr.
At the CIF-SS Division 2 finals the frosh finished second in the 100 butterfly after finishing second in the same event at the Baseline League finals. Sanchez also was part of the Tartans' sixth-place 200 relay squad and she won the consolation title in the 200 freestyle.

The freshman delivered at the CIF-SS Division 2 swim finals, finishing second in both muscle events, the 50 and 100-yard freestyle races. She also won titles and was part of the Bulldogs' record-breaking first-place relay squads in the 200 and 400 relay races.

THERESA LO, Walnut, So.
The sophomore won Hacienda League individual titles in the 200 and 500-yard freestyle races and performed well at the Division 2 swim finals. Lo medaled in the 500 free, finishing third and was fourth in the 200 free. She also swam in the CIF finals on two Mustangs relays teams.

CHRISTINA VU, Walnut, Sr.
The senior won the Hacienda League title in the 100-yard freestyle in 53.23 and finished second in the 50 free. She also was part of Walnut's league champion relay squads in the 200 and 400-yard races. She also was a CIF Division 2 finalist in the 100 and 50-free races.