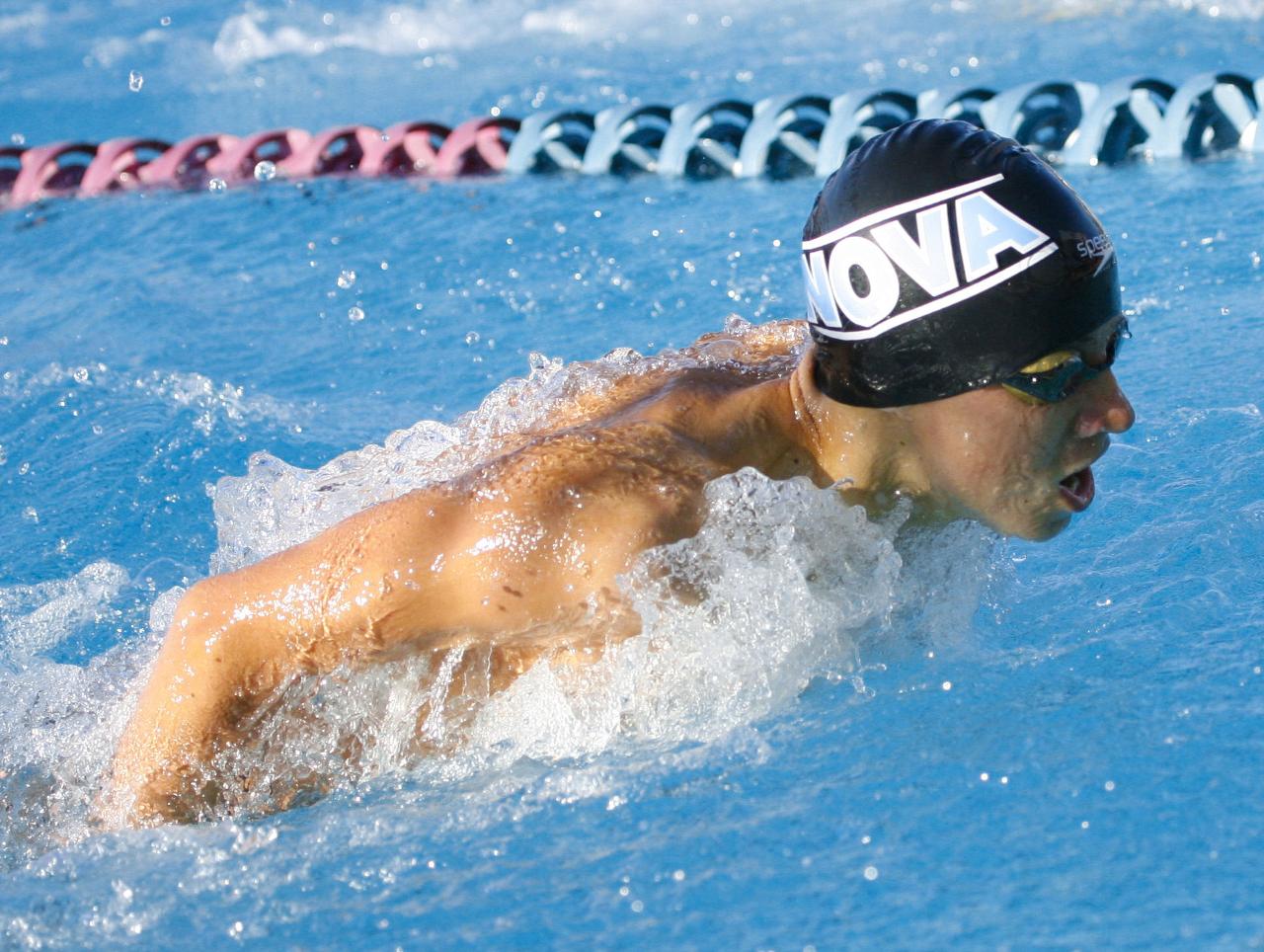 Hunter Hitchens recently bettered the Novaquatics long course Team Record for the 13-14 boys 200 butterfly by racing in a time of 2:09.23.  The old record was held by Jason Rodriquez from 2011.

Not too bad for a boy who just turned 13 back in April, which means Hunter still has long course meets up until 2015 to improve upon that time in this age-group.

When asked what was next, Hunter replied that his goal was the National Age-Group Record of 1:59.02 held by some guy named Phelps.