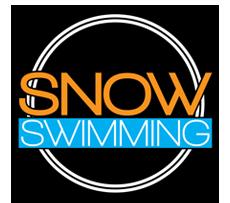 I wanted to share some really great news with you! We have hired a GREAT new head coach for next season. We will miss Coach Eric and Coach Martin as they move on from SNOW but we should all also be celebrating and looking forward to the really good things that are to come for the team and your athletes! Please see the press release below for more details!

"SNOW Swimming in Loudoun County, Virginia is proud to announce the hiring of a new Head Coach. Coach Jim Rumbaugh will be joining the team in mid-August and he will be based at the Claude Moore Facility in Sterling.

Coach Rumbaugh served as Head Coach of Lompoc Tsunami Swim Team in Lompoc, CA from 2004 to 2007.

Coach Rumbaugh coached at Dynamo Swim Club in Atlanta from 1997 to 2004. As an Assistant Coach and a Co-National Group Coach, he had over 20 Junior National Qualifiers. Here he was mentored by two of the best coaches in the country, Alex Braunfeld and Ed Spencer.

Coach Rumbaugh was a team captain of the University of Tennessee Men's team for two years and was a five time All-American. He was awarded a place in the Plum High School Sports Hall of Fame for his achievements as a high school swimmer and his accomplishments at the University of Tennessee. He is a collegiate record holder and has qualified for Olympic Trials. He is a two time NCAA D1 National Champion and a six time D1 All American.