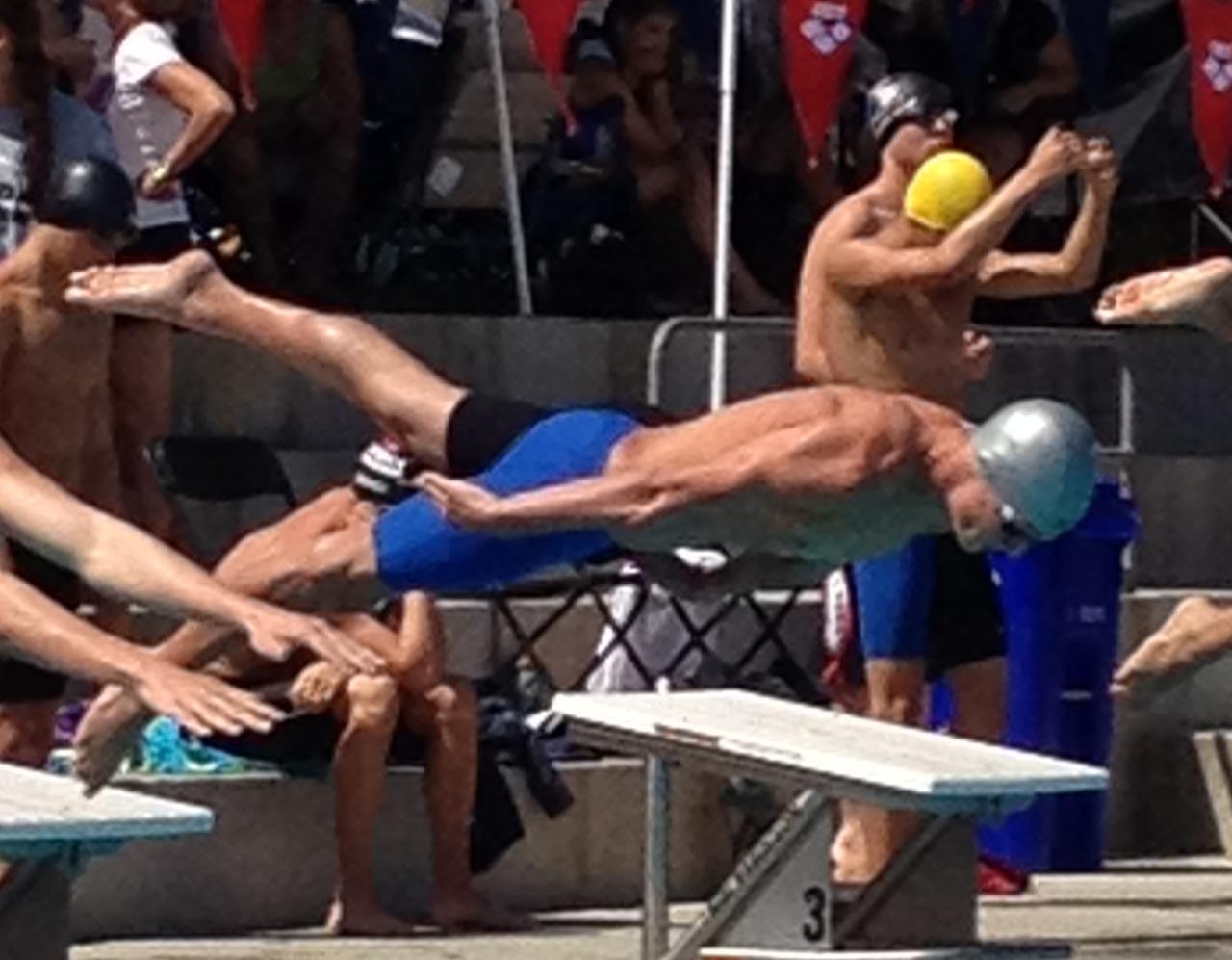 EBAT Swimmers, Victor Deng, Donovan Watts, and Carson Sand swam in Clovis California from Thursday through Sunday this past week in The Western Zones Senior Championships. Over 1000 swimmers attended this meet and there were some pretty incredible swims. All three EBAT boys had outstanding performances everytime they stepped up to the blocks. Victor managed to make C finals in the 50 free and improved his time for his second attempt. He also broke EBAT 17-18 boys 400 free record. Donovan had an outstanding 200 free after 4 days in the heat as well as imressive swims in his 50 free, 100 free, and 100 back. The swim of the meet was early on however, Thursday night, for the 200 breast finals. Carson was seeded in 4th place with a 2:25.8. The race began and he took it out hard and was in front of the pack shortly after the 1st 50 and never looked back. The swimmer in the lane next to him tried to catch him, but couldn't run him down. The heat ended with Carson winning the event and finishing with a 2:21.58! This is over one second faster than the senior national cut! EBAT's first! It's also less than one second away from the last Olympic Trials and the current US open cut. Not bad for a young 16 year old boy. Carson had good swims in his other events as well - all best times, with a 2nd place in 100 breast too!