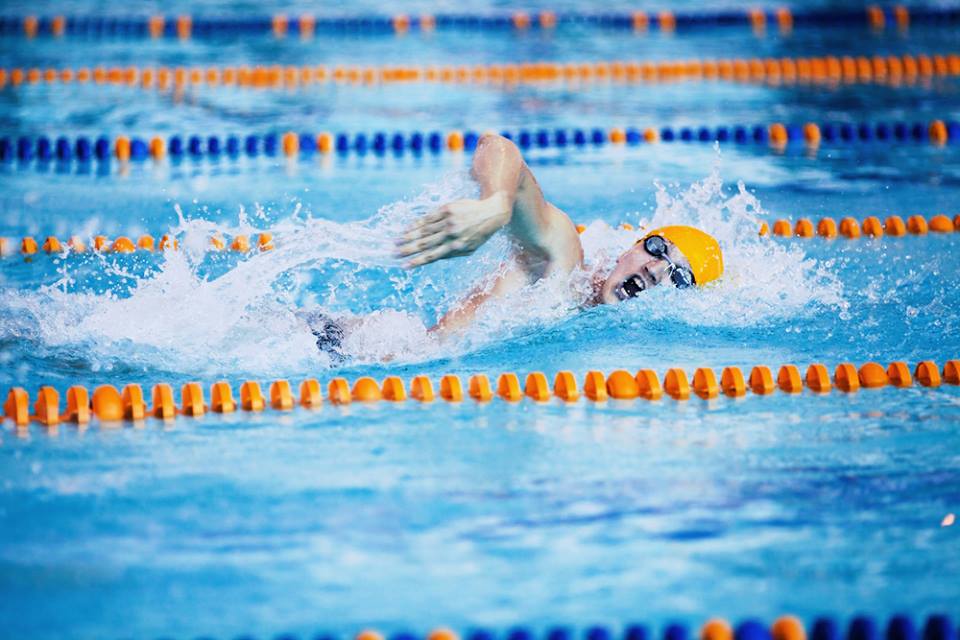 If you’re tall, lanky, and have big feet, people love to ask: “Are you a basketball player? Or are you a swimmer?” Swimmers, like basketball players, are often stereotyped as being 6’10” monstrosities with pterodactyl wing-spans and Shaq-sized flippers. Unfortunately, these stereotypes lead to many pre-conceived notions of what a “fast swimmer” should be or look like.

The fact is, these pre-conceived notions are proven wrong every day.

Here are 8 stereotypes about swimmers that are not absolutes. In fact, some of them are downright lies.

1. You must be a fast 10-year-old to be a fast 18-year-old.
Wrong. The truth is, many London Olympians were not NAG record-setting 10-year-olds. Times achieved at age 10 mean nothing. They are not indicators that one will one day become “The Next Michael Phelps.” Conversely, if you’re not setting age group records at a young age, it doesn’t mean you won’t when you get older. Peter Vanderkaay did not make the Michigan high school state meet his freshmen year. Three years later, he was breaking state records.

2. You must be tall to be fast.
While it wouldn’t hurt to be a 7-foot-tall aquatic beast, it’s not a necessity. Look at Rebecca Soni. By her height, you wouldn’t think she was one of the greatest swimmers in the world. On the blocks, Soni is dwarfed by taller specimens like Jessica Hardy and Breeja Larson. However, in the water, Soni uses her body size to her advantage, maximizing propulsion. Just because you can’t dunk doesn’t mean you can’t swim fast.

3. You need huge muscles.
Not true. Different sports require different builds, and in swimming, you don’t want a build mimicking an NFL linebacker. So many kids see Olympic physiques and pick up a bench press bar. Swimming is not about brute strength, but strength in the water. It requires lean muscle, core muscle, and flexibility. You don’t need to look the strongest to be the strongest.

4. You must be trained by a Hall of Fame coach.
While it’s true that great coaches churn out great swimmers, it’s not absolutely necessary. You can still achieve levels of success without the helping hand of a Bob Bowman or Teri McKeever. Many age group coaches around the nation perform everyday miracles with swimmers of lesser fame and success. I just talked to a 15-year-old who swam a :54 100-yard backstroke by training with her brother in a 20-yard hotel pool. Jason Lezak primarily trained alone and swam the fastest split in history. Seek the best coaching you can, but don’t think you can’t succeed if you can’t train at NBAC or Cal Aquatics.

5. You must give up your social life to succeed.
Please don’t. Yes, swimming requires sacrifice and time commitment. But don’t hole up in your bedroom like Howard Hughes. Happy, social swimmers are often fast swimmers. Everyone needs balance in their lives, otherwise you’ll get too isolated and mentally exhausted.

6. You must attend an elite swim college.
I get many emails from swimmers worried they aren’t fast enough to attend a Cal or Michigan. If you’re not, so what? Scott Weltz made the Olympics even though his college program was cut. Scott Usher became an Olympian from little-known swim program Wyoming. Ben Michaelson achieved success swimming for D2 program Southern Connecticut State. It’s possible to achieve without attending a Stanford, Texas, or Florida.

7. You must start swimming at age 6 or age 8 to be good.
Many elite swimmers started “late.” Look at Ed Moses, 2000 Olympic silver medalist. He didn’t swim year-round until his senior year of high school. Or Josh Schneider, national teamer. He didn’t start seriously swimming until college. Or Eric Knight, 2012 Olympic Trials qualifier, who only swam a few races in high school. It’s possible to join the sport relatively later than your peers and experience swimming success.

8. To love and enjoy swimming, you must win.
Winning is a result of being fast, not a result of loving to swim. While swimming is measured by times, in the long run, times aren’t indicators of an enjoyed experience. Again and again, swimmers frequently site that friendships and fun trump fast times. Many swimmers, deep down, would prefer to get 12th and smile rather than win and frown. To enjoy and love the sport, you don’t have to be an Olympic gold medalist.