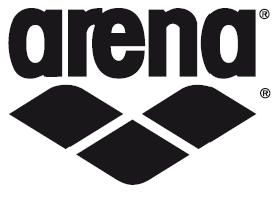 As Tampa Bay Aquatics enters its second Decade of Competition and builds on its first Decade of Excellence, we have joined forces with a company that is taking the competitive swimming world by storm.  TBAY will become the first ARENA sponsored Team in the area and one of the largest ARENA sponsored teams Nationwide.  Over the last several weeks learning and understanding the Mission and Vision behind ARENA, it didn’t take long to see we are very similar, which makes this a great fit for both parties.  We don’t want to be like everyone else, we strive to be better!  With an emphasis on building relationships and partnerships, together, I know our next decade will be a very bright one!

For over 40 years Arena has equipped the world’s leading swimmers and lovers of watersports with racing, training, and leisure swimwear and accessories built on a foundation of in-depth research, technical know-how, and an unyielding commitment to quality.

Since 1973, Arena has created and marketed Waterwear products for competitive swimmers and swimming fans worldwide, and is universally recognized as one of the premium brands of high-quality swimwear and equipment. Over the last 37 years, the company has developed strong expertise in developing best-in-class products with particular focus on the pool segment, while also gradually expanding into leisure and beachwear.

Arena has commercial subsidiaries in Italy, France, Germany, and the U.S., and also operates through a global network of distributors and licensees. The Arena brand is present in 106 countries worldwide, of which 95 are directly managed by the Arena Group (five through commercial subsidiaries and 90 through distributors and licensees), while in the Far East (11 countries) the brand is owned and managed by the Descente Group.

The company’s ties to the world of sport and swimming in particular are reinforced through sponsoring activities at different levels, including governing bodies, national federations, athletes and clubs. For more information, please visit: http://www.arenausa.com.