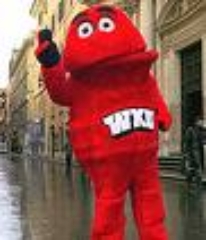 After a very difficult recruiting period, Michael Walsh has decided on attending Western Kentucky University. Michael's original first choice was Western Kentucky University. Unfortunately WKU was not able to make it work at first. They were really wanting Michael but because of rules being set by the Athletic Department at WKU, they could not add Michael to the roster a couple months ago(not  a coaches decision). Michael then re-opened his options and decided to attend Western Illinois on scholarship. The week he was ready to sign; Western Illinois cut the entire program(only to be reinstated three weeks later). At this time Michael again re-opened his options to find that Western Kentucky University was able to offer Michael a spot now. It is so great how things have worked out for him. Western is very excited to get Michael and he is very excited to be a hilltopper.

This past year Michael has exploded onto the scene. He qualfied for the NCSA Junior National, was a 2x High School All-American and a High School State Champion in the 400 Free Relay.