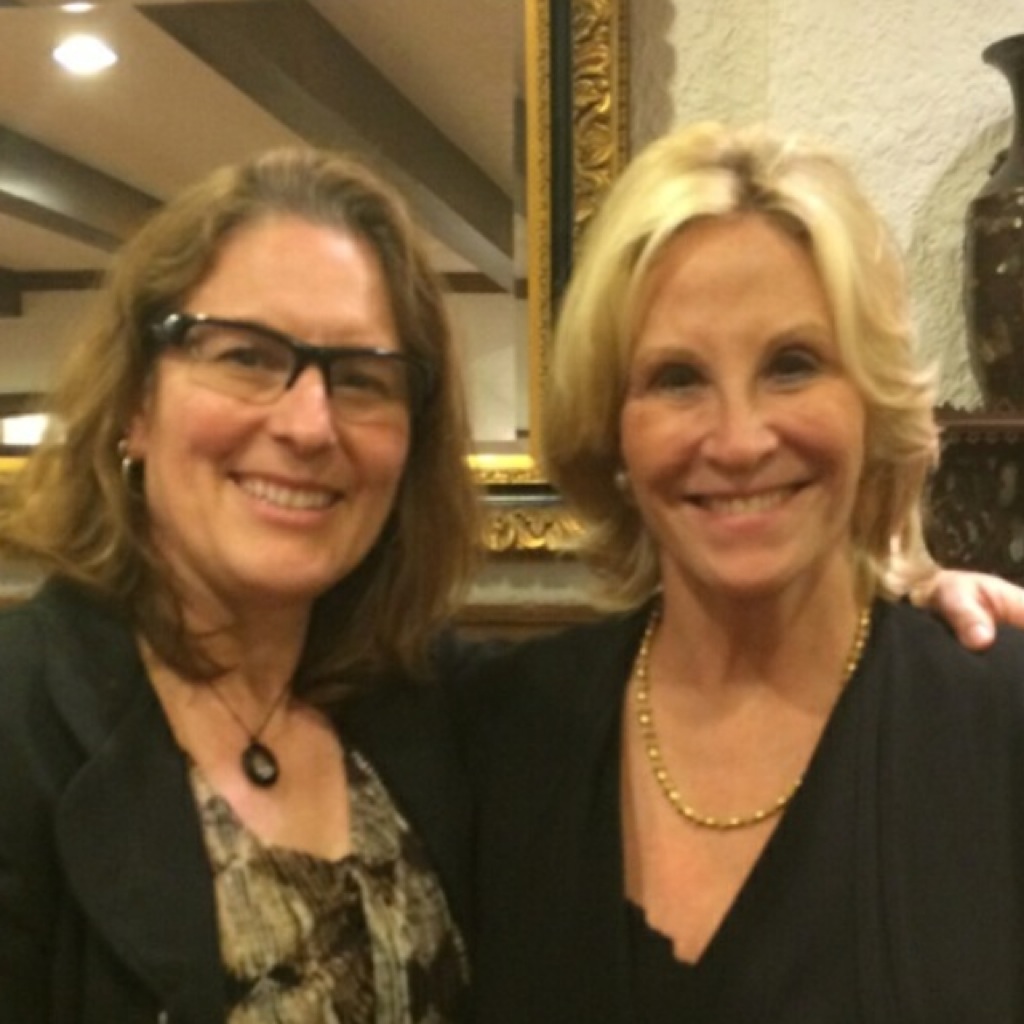 Thursday evening at Wittenberg University, Coach Mickey and twoSPY Swimmers, Penelope Derr and Kirsten Beals, had the opportunityto attend the Meet and Greet with 2-time Olympic Swimmer, 1964 double Gold Medalist, and Sportscater, Donna DeVarona. Donna is in town to give the commencement speech to Wittenberg University graduates this weekend. This women has done so much to open so many doors and opportunities for girls and women in sports. Wittenberg'sHead Swim Coach, Natalie Koukis, kept saying with sheer excitement that "because of her, I am coaching collegiate swimmers today."

Who is Donna DeVarona??

At the age of 13, she was the yoiungest swimmer to compete atthe 1960 Summer Olympics. Then, at the 1964 Olympics in Tokyo, shewon two gold medals by setting an Olympic Record in her signature event 400m IM and part of World Record Setting 4 X 100 Free Relay. By 1965, Donna held 8 Long Course Event World Records(which she broke and rebroke her own records for 18 total) and set 37National Titles. She became the First female sportscaster in the USA, plus first woman to cover the Olympics for TV.

Growing up in California, her dream was to be a good swimmer. In fact, after the 1964 Olympics,she was on the magazine covers of Sports Illustrated(twice),Look, Saturday Evening Post, and Life. The Associated Press andUnited Press International voted her the Most Outstanding Woman Athlete in the World. Despite of the swimming awards and performances, she was unable to get any scholarships for swimming.You are probably saying, WHAT? Well, at the time, swimming scholarships did not exist for girls ...no scholarships. At the age of 17,she retired from swimming and became the first female network sportscaster for ABC's Wide World of Sports. She worked her waythrough UCLA. She became a passinate advocate for women in sports.She worked on passage of Title IX of the Equal Education Amendment Act of 1972. She was the co-founder for the Women's SportsFoundation in 1974. She has been inducted into the InternationalSwimming Hall of Fame and US Olympic Hall of Fame. She is quoted as explaining her successes: " When I see a barrier, I want to gothrough it. Why? Because I think that's the nextstep."

Her message to young woman:"Never take 'NO' for an answer, but to be open to working veryhard."