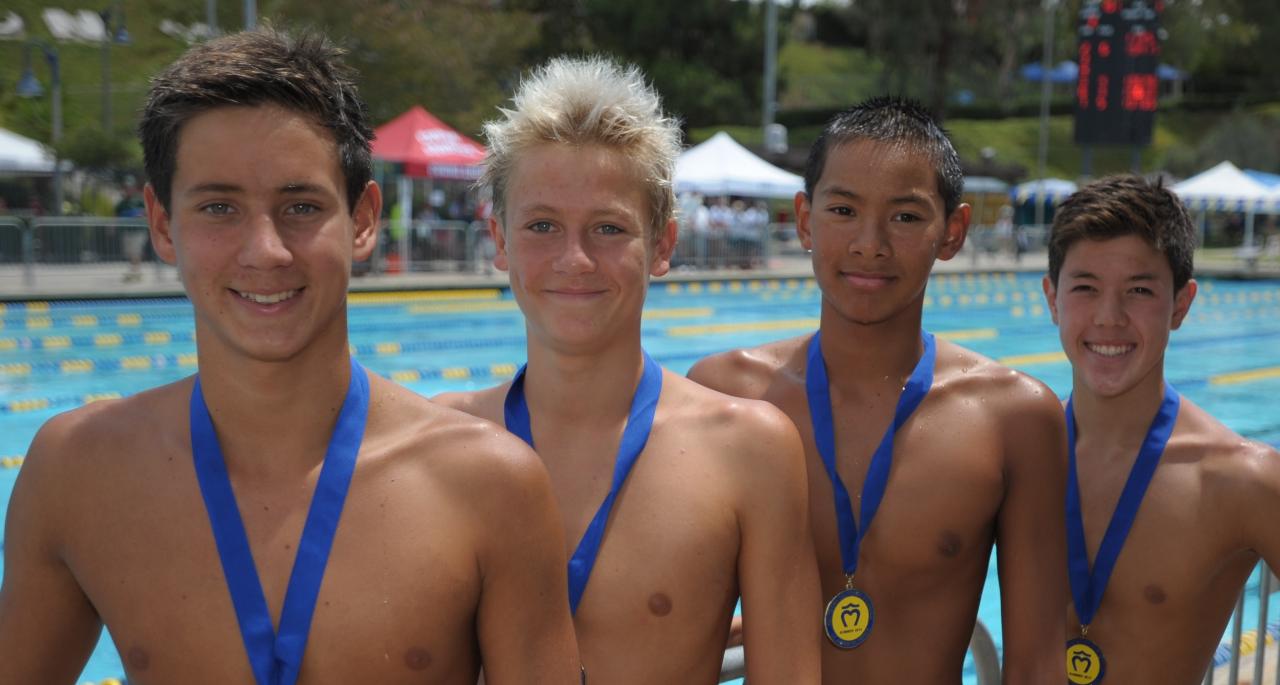 The Fearsome Foursome 13-14 boys of Owen Kao, Hunter Hitchens, Andrew Koustik, and Justin Nguyen have once again showed their strength by being the fastest collection of 13-14 boys in the 4x100 and 4x200 freestyle relays in the country’s history.  No set of four boys from the same team have ever been faster.

In a summer which has seen its fair share of 13-14 National records get bettered, it would turn out to be a dog fight to the final results for the season.

During the June Age-Group Champs, the four boys bettered the NAG record in the 800 free relay only to have it get taken from them a month later.  Determined to win it back, the four boys reclaimed their title as the fastest collection of boys by ending the season with the fastest time between the two teams with a 7:58.03.  A time which should last for a while (or until our boys have another crack at it in 2015)

They also established a NAG record in the 4x50 freestyle relay one week ago at the LA Invitational, although it was soon re-broken by another set of boys in Indiana, they would fall short of re-claiming the title, but continue to secure the SCS record, formerly owned by themselves.

Lastly, the one freestyle record which still eluded them was the 4x100 freestyle relay.  With this race being the first event of the JO Relay day, the boys were coming off a good night sleep and were ready to race.  The Fearsome Foursome stepped up and improved upon the previous National record by nearly 3 seconds.