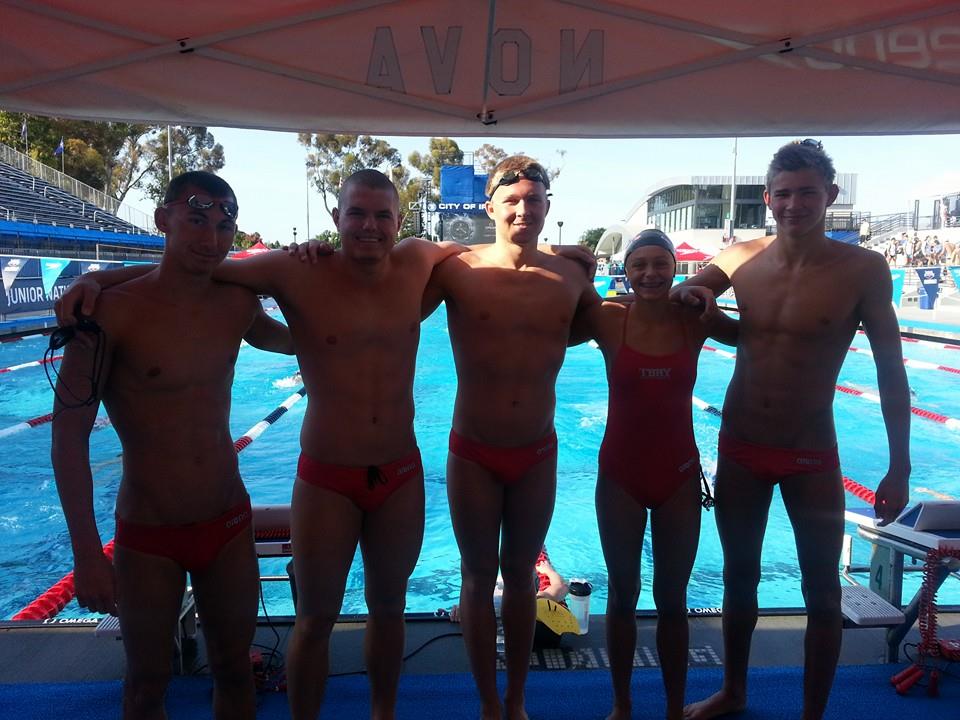 TBAY sent 5 swimmers (Wes McGovern, Blake McGovern, Sean White, Ryan Peters, and Christin Rockway) out to the 2014 Speedo Longcourse Junior National Championships in Irvine, California July 30 - August 4th.  For the first time since TBAY won the Junior National Championship Combined Team Title in 2006(also in Irvine), TBAY got on the Scoreboard in both the men's and women's meet.

Blake McGovern(15) and Sean White(16), both new to the National Scene, did a great job going best times in time trials, and providing best times on all 3 relays during the meet.  They both did exactly what we want our Relay only swimmers to do when given the opportunity... seize the moment, learn and be Inspired to make Nationals in Individual events next season!