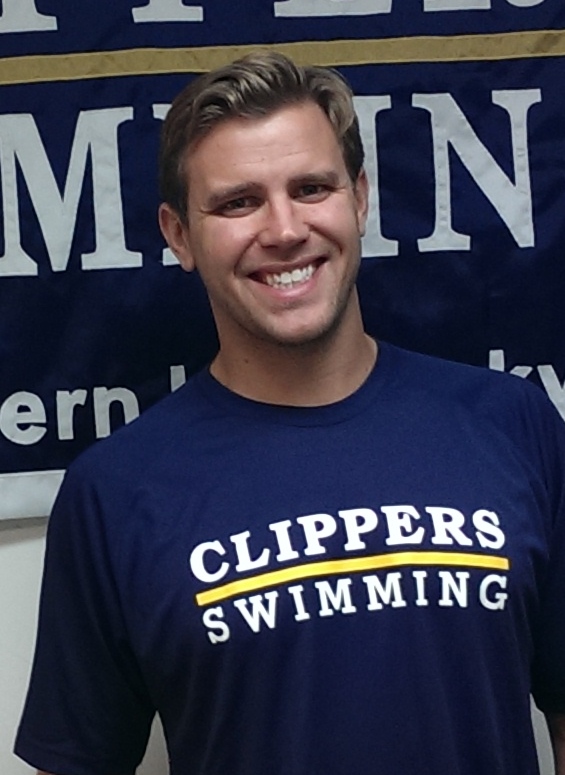 Mr. Robson, who had been Head Coach at Miami Aquatic Club (Makos), will be in charge of National Prep, Senior I and Senior II.

"Scott brings a great deal of knowledge and excitement to the program,” noted Jason Roberts, Head Coach of Northern Kentucky Clippers. "Scott will help our program with his experience at developing swimmers to high levels such NCSA Time Standards and Y Nationals”

Before joining the Clippers, Scott spent the last year at Miami University (His alma mater) coaching the Makos program. Prior to this he was the Head Coach at B.R. Ryall YMCA outside of Chicago from 2010 to 2013. There he had 19 YMCA national qualifiers and scored 3 relays at his last Y nationals. Scott and his wife (Cailtin) moved to Greater Cincinnati in 2013 when she accepted a position at V.A. Hospital. They live in Oakley along with their 10 month old daughter, Sadie

Coaching Accolades
- Raised YMCA National qualifiers from eight girls and zero boys to having 11 girls qualify and eight boys.
- Had three different relays score at the YMCA National meet.
- Over a dozen Chicago YMCA Area Champions.
- Scored in top five for small teams at Short Course and Long Course Ohio J.O meets.
- Set over 20 team(Makos) records between Short Course and Long Course season.
- Assisted multiple swimmers in the move into college swimming at all levels including the military academies.