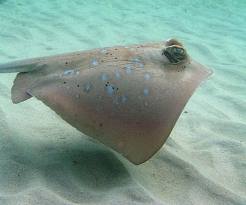 DCST won its first two meets of the season by beating Rock River (Rockford) and Freeport on November 8 at the Rock River YMCA.  DCST scored 604 points compared to 458 and 158 for Rock River and Freeport, respectively.  DCST is now 2 – 2 so far this season.  As a team, DCST had 100 career best times out of a total of 226 swims for a 44% improvement rate.  DCST had 5 swims which achieved the District Qualifying time for the first time.

After each meet, the coaching staff picks two swimmers, one girl and one boy, as the “Big Dogs" of the meet. Big Dogs are not only selected on their performance in the meet, but the coaches also take into consideration the swimmer’s practice attendance, work ethic, team spirit and sportsmanship. For this meet, Anna Davies, age 8, and Riley Wiegartz, age 7, were selected as Big Dogs of the meet.